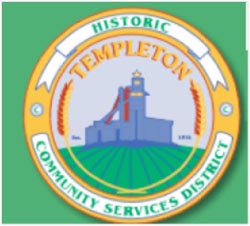 The Templeton Community Services District announced the appointment of Interim Fire Chief Bill White, a long time fire captain with the Atascadero Fire Department. Chief White will work approximately 12 to 20 hours a week at the district while the district evaluates the department’s operation and its future options as it moves forward. White will continue to serve Atascadero and assist the district on his days off. Chief White begins work at the District on May 13. White follows Interim Fire Chief Keith Aggson who recently accepted a position with the Paso Robles Fire Department as battalion chief.

Chief White said he is excited for the opportunity to serve in the role of interim chief for the Templeton community. White said he looks forward to leading the fire department during this transition period towards a more efficient and effective firefighting force.

General Manager Jeff Briltz stated “the Templeton Community Services District is fortunate to have someone of White’s caliber and background joining us.”