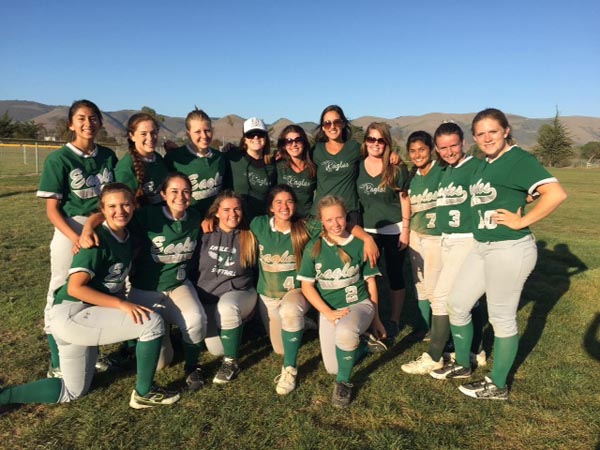 The Templeton girls JV team started the season with 12 players and lost two players to varsity, and also lost their starting pitcher, Rylee Murry, due to injury.

Leading home run hitter Matti Lindsey, along with Kate Helm, Elise Pedone, Lilly Soto and Payton Tucker batted over .500 for the season. Catcher Sydney Ellis, ended her season batting over .600. Jasmyn Hamers and Angela Ruda led the outfield in assists. Marina Pearce, the utility player, covered outfield, 1st base, 3rd base and relief pitcher. Finally Bailey Smith, Alex Reeser and Lindsey Rains came onto to the team in the last three weeks. Without them they would not have had enough girls to play.

Current team captains, Lilly Knight and Payton Tucker, were pulled up to Varsity for CIF. Lilly Knight had 340 putouts as short stop, and an outstanding on base percentage. Payton Tucker moved up to starting pitcher.

“This is a team that was formed with tradition and hard work. A group of Lady Eagles you could be proud of in any circumstance. I’ve never seen a team come together so quickly,” says head coach Sami Nixon.