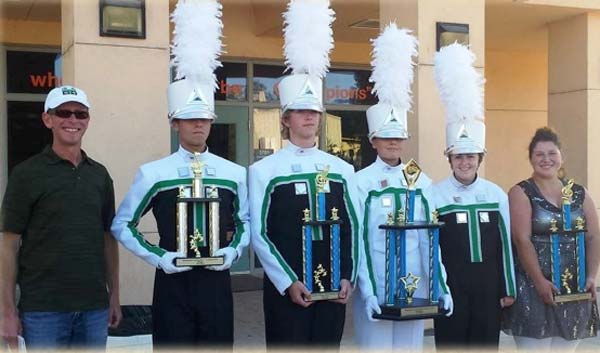 After marching in the Homecoming Parade on Friday, Oct. 17, the Templeton High School Talon Marching Band competed the next day in the Colony Days Parade and Field Show competition against five other bands from San Luis Obispo County and Santa Maria.

The Eagles placed 3rd in the morning parade and then swept 1st place in Music, Visual, General Effect, Color Guard, and Percussion – adding up to commanding overall 1st place.

The band traveled to Selma last Saturday where they were one of the smallest bands in the field – competing against some of the biggest bands in the state. They wonk two awards at the Selma Band Festival. There were over 25 bands participating in five divisions. Templeton competed in Division 5A, which was the highest. They competed against Selma, Reedley, Buchanan, and Redwood among others.

They were second place in their division. They also won the Grand Marshal Award which was for the crowd favorite band.