Update June 30: The reward for information to help catch vandals at the Templeton Market & Deli has been increased to $1,000. The San Luis Obispo County Sheriff’s Office is investigating two separate incidents of vandalism at the same store in Templeton. In both cases someone threw a rock through the exterior windows on the south side of Templeton Market and Deli.

Crime Stoppers is offering a $1,000 reward for information leading to the arrest and conviction of those individuals responsible for the vandalism. Anyone with information about these two acts of vandalism, or the suspects involved, is urged to call the San Luis Obispo County Sheriff’s Office at 781-4500, or remain anonymous by calling Crime Stoppers at 549-STOP (549-7867). 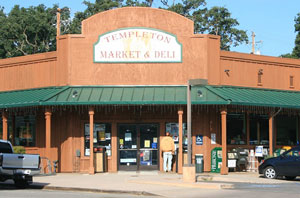 Templeton Market & Deli is offering a $500 reward for information leading to the arrest and conviction of those responsible for the damage. Please call the local Sheriff’s office at 434-4290 if you have any information to report. For those who wish to remain anonymous, please call Crime Stoppers at 549-STOP (7867) or click here to go to the Crime Stoppers website and report online.