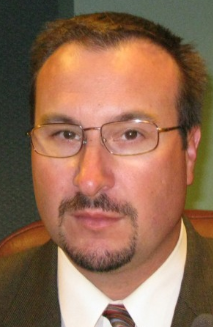 The Templeton Community Services District Board of Directors is pleased to announce the appointment of Jeff Briltz to the position of General Manager. Briltz begins work at the District on June 19, 2013.

He looks forward to working with the Board of Directors, staff, and becoming an active member of the community.
President Judith Dietch stated “the Templeton Community Services District is fortunate to have someone of Jeff’s caliber and background.”

Originally from Fairfield, CA, Jeff and his family have lived in the Lemoore, California for the last 17 years. Before coming to Templeton, Briltz was the City Manager for the City of Lemoore for the last nine years. He has over 24 years of experience in local government.

Briltz believes in a hands-on style of management which he hopes will allow him to quickly connect with the people and issues in Templeton. Briltz is very pleased with his new position and the people that he will be working with and note “I am passionate about public service, and understand that a well-run local government can improve the quality of life for its residents.”

Briltz says he subscribes to an open-door policy, and looks forward to meeting District residents and business owners.