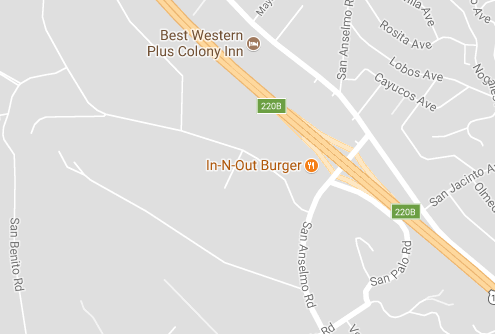 Gootkin was driving a 2007 Chevrolet Silverado north on Highway 101 Monday afternoon at an unknown speed when she made an “unsafe turning movement” toward the east shoulder of the highway. Her car shot into the air and collided with the overpass at San Anselmo road and then came to rest on it’s wheels onto the 101.

Gootkin was pinned into her vehicle and sustained two broken legs in the crash. Multiple good Samaritans came to Gootkin’s aid at the scene of the crash. Firefighters extricated her from the vehicle and transported her to a local hospital. Traffic was diverted onto San Anselmo.

Impairment is not suspected, according to CHP, however the incident remains under investigation.