The fair awards Olive Oil Producer of the Year

The Olive Press named olive oil producer of the year 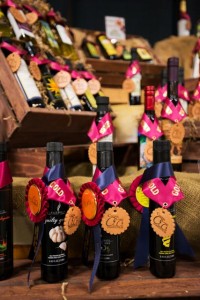 The Olive Press was the very first olive mill in Sonoma and has grown into an awarded olive oil producer throughout the nation. They produce olive oil along with an array of handmade artisanal products while serving the pressing needs of the community.

Fred and Nancy Cline purchased The Olive Press in April of 2013, at the behest of their friend Ed Stolman. He said that knew that the, “tradition of integrity, quality, and attention to detail would be carried on by the Clines, who have had 30 years of experience with Cline Cellars Winery, as well as Jacuzzi Family Vineyards, Dillon Beach Resort, The Mizpah Hotel, and Villa Laura.”

The competition was hosted by the California Mid-State Fair and featured 86 olive oils produced from 34 farms within the state of California. The panel of judges evaluated entries based on aroma, taste, and intensity ranging from delicate to robust.

New this year, the winning oils will not only be showcased at the California Mid-State Fair this summer, but also at the Lodi Grape Festival in September.

For more information and the full list of judging results, refer to centralcoastwinecomp.com/olive-oil/.