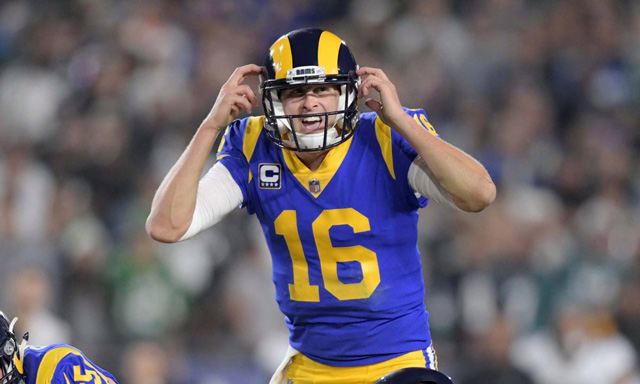 –In a city known for its glitz and glamor, it’s almost fitting that the Rams are now stationed in Los Angeles. From their offensive core that executes flashy plays to the stadium they play in, the Rams are a perfect fit for the city and lifestyle of LA.

With that being said, the city is known for its dominance in professional sports. Whether it’s on the court, ice, field or gridiron, LA teams have a long history of being contenders every season.

The Rams’ original run in Los Angeles saw several successful seasons. While they didn’t win the Super Bowl every year, for the majority of their time spent in LA, the Rams were a competing team. The Rams saw some success in St. Louis. Reaching the Super Bowl twice and winning once was huge for the city and the franchise. But 2005-to-2015 saw the St. Louis Rams in a terrible position.

Since moving back to LA, the Rams have finished three of their four seasons above .500. Capped off by two playoff appearances and one Super Bowl appearance, the Rams’ return to LA has been successful in the early going. But again, this is LA. They are in the spotlight 24/7, sometimes even creating the spotlight.

It would be naive to say the Rams won’t face any challenges this season. Their division is tough and their Conference has several teams that could make a run to the Super Bowl. Familiar faces are no longer with the team, so I don’t think it’s outlandish to say that this season will be one where the Rams try to find a new identity for themselves.

The Rams are a threat, but is anyone ready to claim them as a true contender? I think the first few weeks of the season will be critical for LA as they once again try to establish dominance in the NFC. Right now, the Rams are a team that could make a run in the NFC but isn’t necessarily deemed the best squad in their conference.

Their identity of being the top team in the NFC may have been taken away from them, but if Sean McVay and his group of coaches have proven one thing, it’s that they never back down when against a wall. McVay has an opportunity to prove that his team can build off a 9-7 record and be a legitimate threat once again.

They still have pieces that make them a threat like Jared Goff, Robert Woods and Cooper Kupp on offense. Add in Aaron Donald, Jalen Ramsey and Taylor Rapp and you can see why LA is poised to be a threat this season.

According to Betway, the Rams are listed as of the 22nd April at +2500 to win the Super Bowl next season. Ahead of them are a handful of NFC teams, including the New Orleans Saints and Seattle Seahawks.

Again, it appears as if the Rams are predicted to be on the outside looking in for playoffs or they may reach the postseason through the Wild Card. LA is no longer the team to beat. This season they need to climb the mountain and conquer the rest of their conference. It’s a task McVay and his roster are ready for.

The NFL Draft will be huge for the Rams as well. They have been able to find diamonds in the rough and find NFL ready talent in later rounds. With the Rams owning two picks in the second round and none in the first, the Rams’ front office will need to dig deep and find the perfect fit. 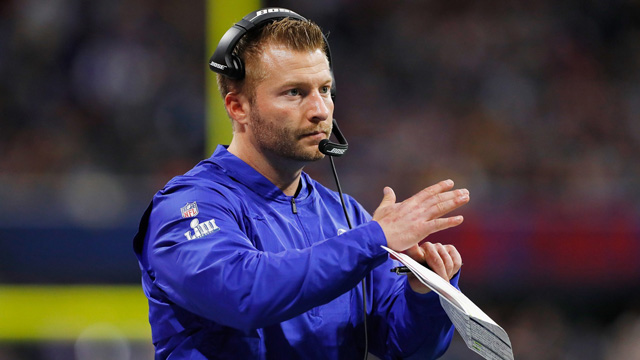 LA has done a solid job in selecting players outside of the first round that have transitioned to the NFL nicely. They have a proven track record and this season could be another example of draft picks that go on to make noise in the NFL.

As it stands, the Rams have an educated staff inside their front office, which should give hope for their fan base. With a proven track record from their draft history to their play on the field, the Rams (in Los Angeles) continue to be a success.

2020 will be a year where the Rams can break the hearts of many teams projected to go far in the NFL playoffs. In doing so, they could also make a name for themselves. Everyone knows who the Rams are and respect their skillset in all facets of the game, but 2020 is another opportunity for the Rams to unveil a winning identity.