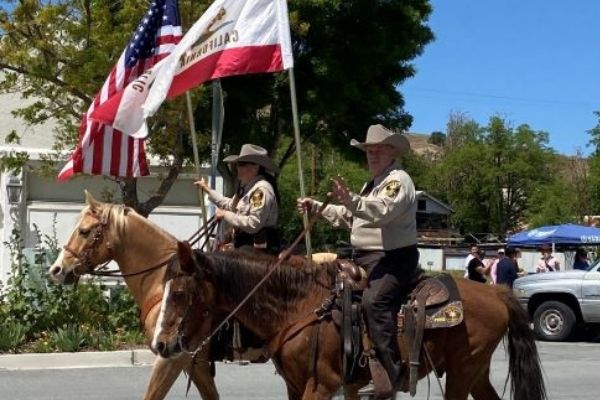 Event kicked off with flyover by the Estrella Warbirds

– San Miguel Sagebrush Days kicked off its 31st edition Saturday afternoon with a flyover by the Estrella Warbirds. The antique San Miguel fire truck then led the Sagebrush Parade down Mission Street. The procession included World War I-era motor vehicles from the Estrella Warbirds collection, antique cars, old tractors, the San Luis Obispo County Sheriff’s Posse, the San Miguel Advisory Council, and a candidate for supervisor in the newly revised 2nd District. An old pick-up carried a half-dozen stunning women in old west attire representing the staff and friends of the Elkhorn Saloon. The parade announcer said the Elkhorn is the second oldest bar in California, established in 1853. 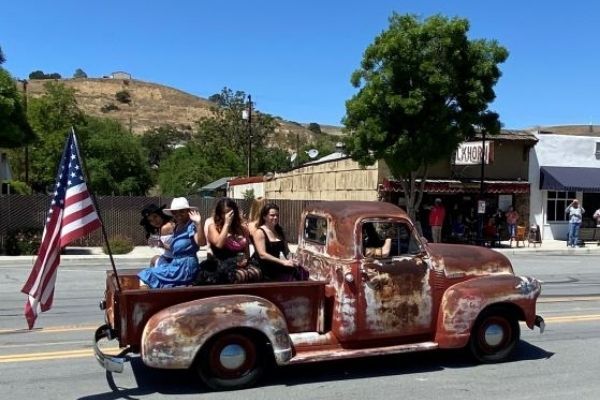 The Central Coast Vintage Machinery Association displayed early gas engines used by farmers one hundred years ago. Pete Linau of Paso Robles described how his 1923 Fairbanks Morris throttle-govern engine hooked up to a corn grinder. He said, “The gasoline engines came out in the late 1800s. They were used on farms before electricity to perform all kinds of functions.”

The Lions Club provided a barbecue. Several people had booths selling pottery, plants, clothing, and other items. One man had a collection of marbles which he sold and discussed with onlookers. 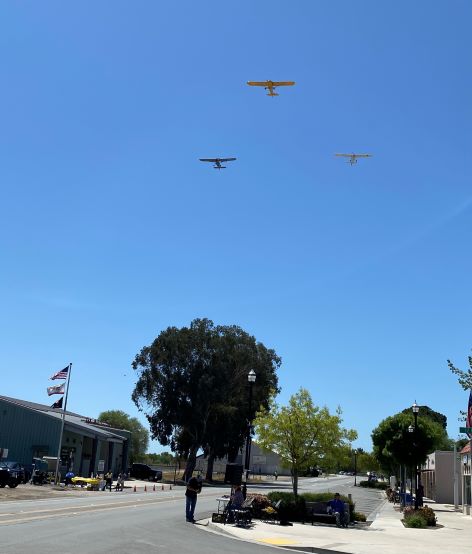 The Sagebrush Parade traveled south down Mission Street, turned around near the San Miguel Mission, and then traveled north through town so that people could see the other side of each entry. After the parade, people enjoyed the lion’s barbecue, and a few followed the Elkhorn girls into the second oldest bar in California. 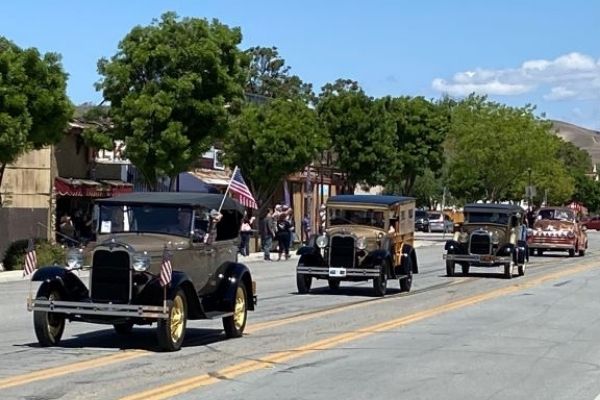