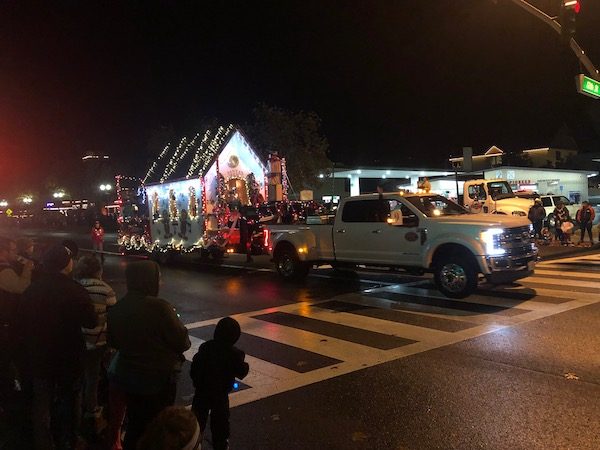 –Despite the threat of rain showers, thousands attended the 58th Annual Holiday Light Parade Saturday night in downtown Paso Robles. Fortunately, the clouds held their moisture and those who participated and attended enjoyed a beautiful evening. 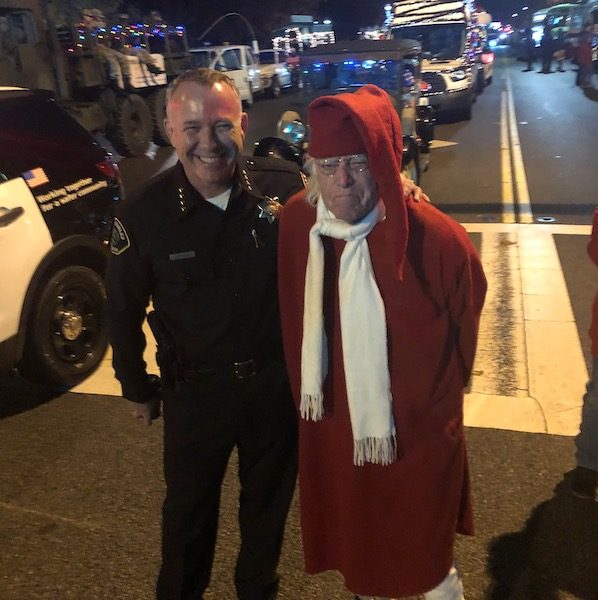 The Civil Air Color Guard led the parade, followed closely by Police Chief Ty Lewis. Then came dozens of floats festooned with holiday lights, antique cars, equestrians on horses, carts pulled by Shetland Ponies, kids leading goats, and many other entries. At the tail end of the parade, The Paso Robles High School Band played Christmas music. And a truck driven by Brett Butterfield pulled a float carrying Santa Claus and the Snow King and Queen. Before the parade got underway, the Christmas royalty posed for pictures with the California Mid-State Fair royalty. 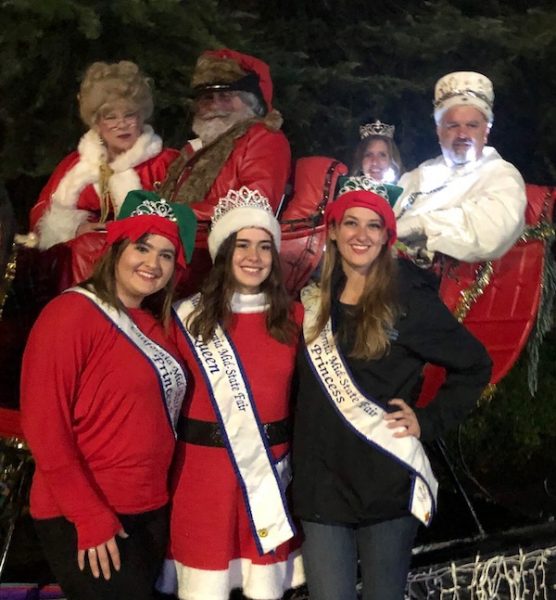 The clouds never burst, and those who participated and attended Saturday night’s Holiday Light Parade had a delightful Christmas holiday experience.