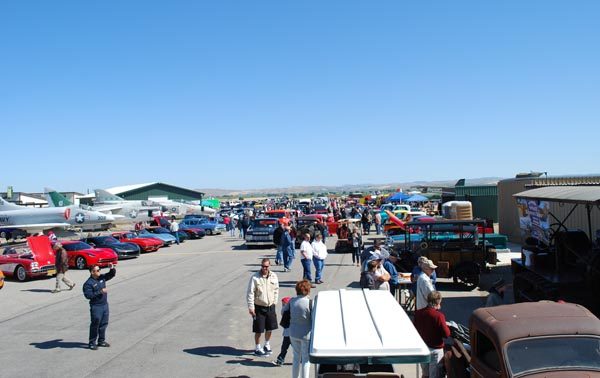 The car show and swap meet served over 3000 visitors

–The 9th annual Warbird, Wings, and Wheels event was held Saturday, May 13 at the Estrella Warbird Museum. Around 200 cars were on display for over 3000 visitors, according to event staff and the museum’s website.

A new attraction to the car show was the addition of a spring swap meet that boasted around 150 vendors who showed off items for sale such as vintage motorcycle and car parts, informational auto books and memorabilia. The Central Coast MegaSwap Meet is traditionally held in September, but organizers planned to combine the swap meet with the Warbird, Wings and Wheels event in addition to a fall swap meet later this year.

Kathy Campanaro and Manny Martinez from Port Hueneme with their 2015 Chevrolet Corvette C7.

Proceeds and donations throughout the day supported the Estrella Warbird Museum, a Non-Profit 501(c)(3) Corporation, who use the revenue to preserve and restore military aircraft and vehicles to “make a future generation aware of the fact our way of life does not come without sacrifice,” according to their website.

A first-time competitor at the event was Dee Harris from Paso Robles, who is part of the Challenger Central Coast Car Club. He brought his purple 2016 RT Model Challenger, with personal updates on the wheels, exhaust, stereo, and windows. He enjoyed the “camaraderie of all [the] people who like cars in general… everyone came together for one cause… it’s a pretty good cause.” 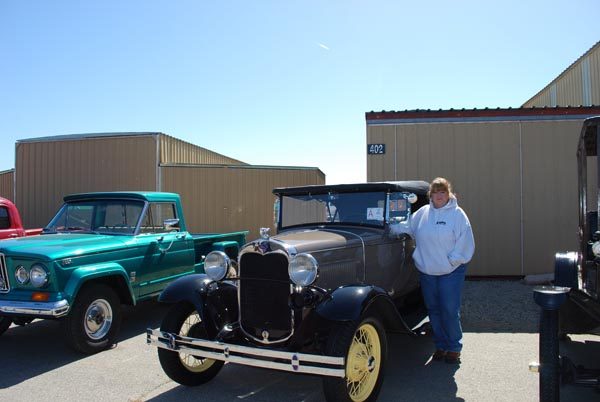 Kelly Rohrer from Paso Robles with her 1930 Model A Phaeton. Last year, they both won in the Model T stock/near stock category with their Model T Depot Hack.

Participants who showcased their cars had the opportunity to compete in divisions, where winners were announced later in the day. Scott Cooper from Monterey brought his V6 Mustang Supercharger with special additions, such as a snake emblem that “spits” water and external LED lights. This was Cooper’s second time at the show and last year placed first in the Mustangs 1979-Present category with his 2007 Mustang.

Barbara Buchanan from Cambria brought her English-made Ford, which she bought on eBay in pieces, assembled, and now takes to car shows from Del Mar to Pleasanton. She shows at about eight car events annually; this was her fourth time at the Warbirds event. She noted that she enjoyed the incorporation of the swap meet this year. 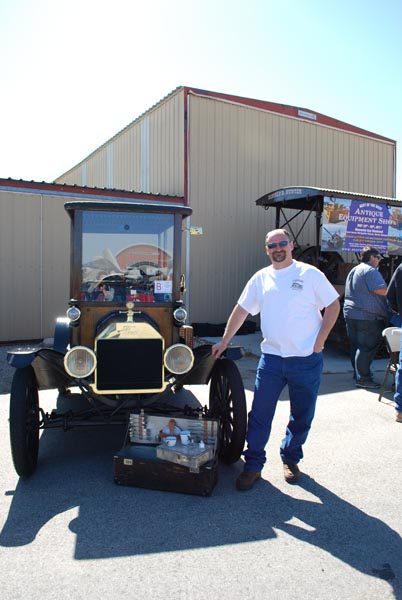 In addition, the Estrella Warbird Museum displayed military vehicles and airplanes where visitors could learn more through plaques explaining the history and restoration of various pieces.

Multiple food trucks were parked throughout the event center serving drinks and food, with Firestone Walker offering a Beer Garden for visitors during the nine-hour long event. A “Kids Zone,” consisting of bouncy houses, was nearby for the younger visitors to enjoy. Raffle drawings took place three times throughout the day with prizes such as a 50/50 cash drawing and a Good Year Blimp clock. 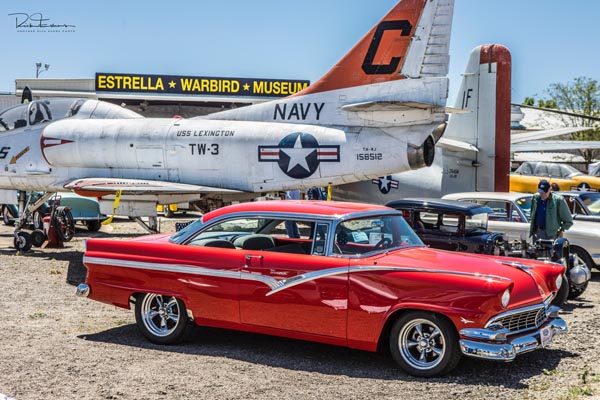 Photo of the event by Rick Evans.