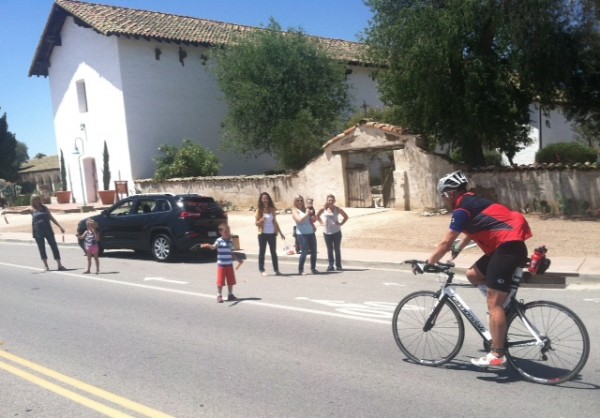 A cyclist cruises by Mission San Miguel on Tuesday morning.

Paso Robles is an official stop for the AIDS/LifeCycle 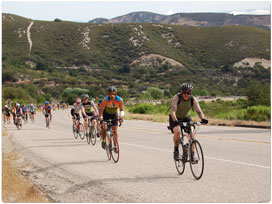 If you are wondering why there are so many cyclists riding through town today, the answer is the AIDS/LifeCycle fundraising bike ride.

Over 2,000 riders will cruising in to Paso Robles Tuesday as part of a giant fundraiser for AIDS. The bike riders will be camping over night at the Mid-State Fairgrounds. They are riding in 66.7 miles in from San Lorenzo Park in King City and depart Wednesday morning for Santa Maria.

It’s a 7-day, 545 mile bike ride from San Francisco to Los Angeles that raises money and awareness for the HIV and AIDS services of the L.A. Gay & Lesbian Center and the San Francisco AIDS Foundation.

The goals of AIDS/LifeCycle:

The California Highway Patrol (CHP) will be present to maintain a safe environment for the motorists, cyclists and support vehicles. Caltrans reminds motorists to move over and slow down when driving through highway construction zones.