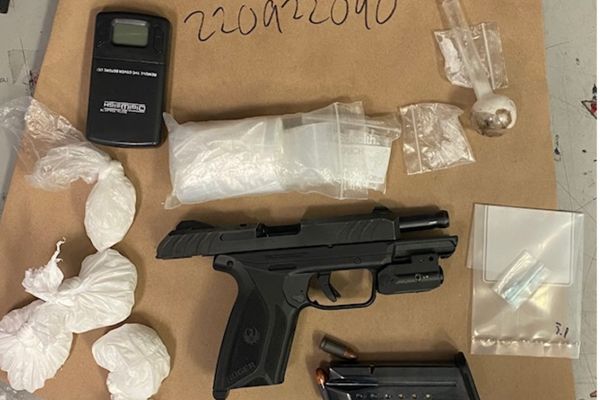 Theft of alcohol at local BevMo leads to discovery of drugs, firearm

– On Thursday at approximately 7:46 p.m., officers from the San Luis Obispo Police Department responded to the BevMo located on Los Osos Valley Road and Froom Ranch Road in San Luis Obispo for a theft in progress.

A male suspect had stolen several hundred dollars of tequila and then fled to a Cadillac waiting nearby. The on-duty sergeant quickly arrived on the scene, spotted the suspect vehicle leaving the parking lot, and conducted a traffic stop.

The driver was identified as 43-year-old Patrick Duncan, a known gang member out of Santa Maria, according to SLOPD. During the investigation, it was discovered that Duncan had a loaded 9mm handgun concealed in his waistband. The handgun had a loaded magazine with one round in the chamber.

Duncan and Zamora were taken into custody and booked into San Luis Obispo County Jail.