Men were able to hold down assault suspect until police arrived 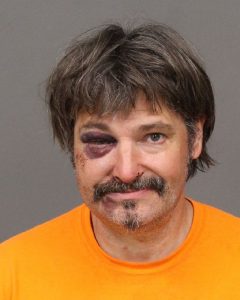 –On Wednesday, deputies from the San Luis Obispo County Sheriff’s Office responded to a call of an assault which had just occurred at a home in the 1300 block of 23rd Street in Oceano. A woman who lived at that residence told deputies she had just returned to her home after going for a walk with her two-year-old son. They had entered through the backyard gate. The woman says a man was in her yard and attacked her by grabbing her by the throat and threatening to kill her. The woman was able to scream for help before the man struck her with his fist and forced her to the ground.

At this time, three men who were passing by in a vehicle heard the woman’s screams for help, jumped the fence into the backyard and discovered a man holding a knife to the woman’s throat. The three men fought with the suspect and were able to restrain him until deputies arrived.

The suspect has been identified as Kenneth Eugene Groves of Oceano. He was arrested and booked into San Luis Obispo County Jail for numerous charges including assault with a deadly weapon, criminal threats with intent to terrorize, assault with great bodily injury and burglary.