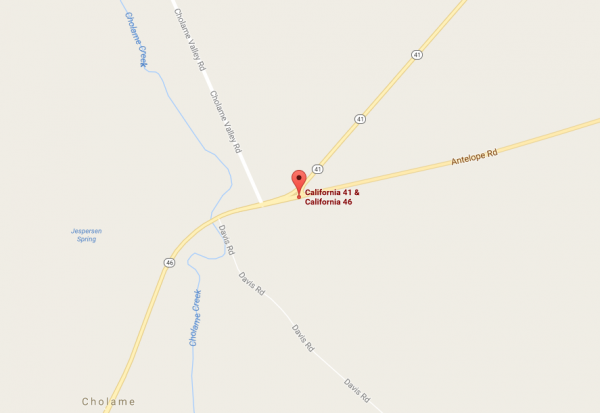 – Three people were injured in a traffic collision that occurred on Monday afternoon in North County, according to multiple reports. The crash was reported at around 3:10 p.m. Monday afternoon at the Highway 46 and Highway 41 “Y” intersection in Cholame.

Reports say it’s possible that three cars were involved in the crash. Debris was scattered on the westbound and eastbound lanes of the highway. A semi-truck that reports say was not involved in the accident blocked traffic at the “Y” intersection.

Three people were injured in the crash and were transported to a local hospital. The scene was cleared by 4:30 p.m.