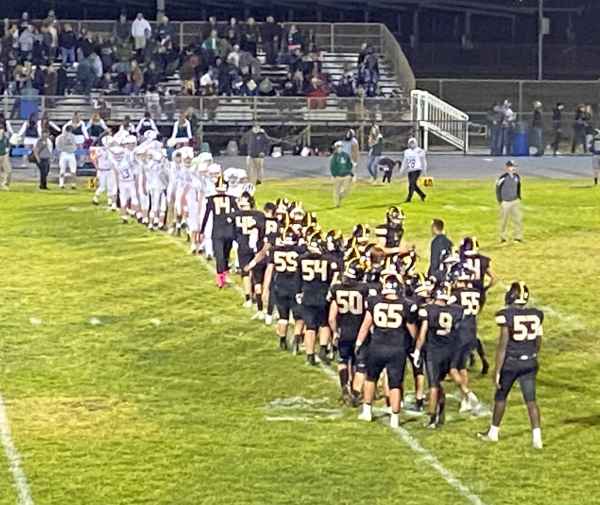 –The Templeton Eagles played the San Luis Obispo Tigers at a packed Morro Bay High School Stadium Friday night. The Tigers hosted their Homecoming game in Morro Bay because their stadium is undergoing a remodel.

The Tigers opened the game with a long-sustained drive ending in a touchdown, but the Eagles Jack Wood answered with a 61-yard touchdown run. Wood had two 50+ yard TD runs in the game. He ran for 152 yards on 15 carries. Wood had 218 yards for the game, including punt and kick-off returns.

The Tigers were led by a freshman quarterback, Jace Gomes, who was pressed into service after their starting quarterback was injured. Gomes completed 3 of 5 passes for 50 yards and a touchdown. He ran 19 times for 144 yards and two touchdowns- an excellent game for the freshman quarterback. Defensively, the Tigers benefited from the play of Senior middle linebacker Rory Devaney, a 6’2”, 225 pounds.

The Tigers led 14-7 at halftime, but the Eagles were coming back in the third quarter when a questionable call stopped their momentum. The Eagles forced the Tigers to punt the ball, and the long-hike sailed over the punter’s head. He chased down the ball, picked it up, ran several yards, then with a running Australian football kick, he shanked the punt out of bounds. As he kicked the ball, an Eagles defender ran into him. A referee called, “Roughing the Kicker.” Football analysts said that after the punter picked up and ran with the ball, he was fair game. Regardless, instead of getting the ball at the Tigers 35 yard line, where the punt careened out of bounds, the Tigers kept possession and the penalty moved the ball to the Eagles 35-yard line. 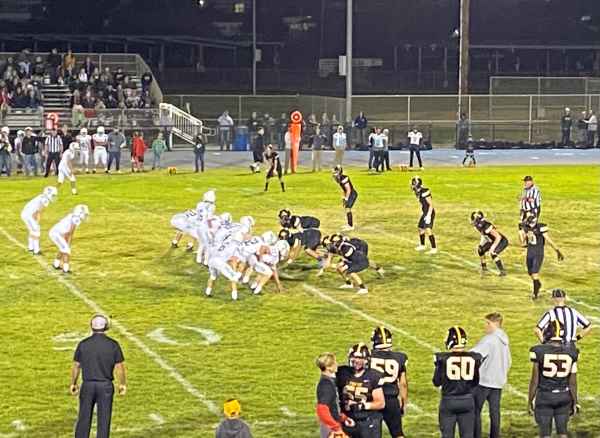 The Tigers outscored the Eagles 14-12 in the 3rd quarter, and scored the only touchdown of the 4th quarter.

Because of an injury, the Eagles promoted sophomore kicker and defensive back River Waltmire to the varsity. River kicked the ball well and had one solo tackle, but he was not called upon to make acrobatic pass receptions as he’s done on the Junior Varsity. Crow says River may see more action on offense in the games ahead. The Eagles currently start ten sophomores on the Varsity football team, including quarterback Anthony Chavez.