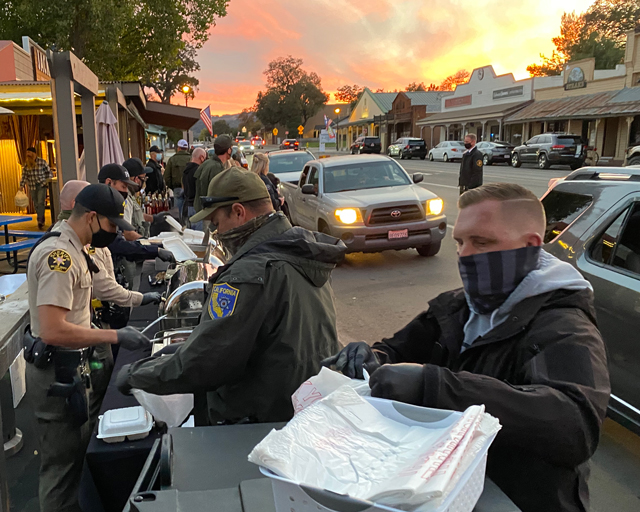 On Monday, the first of several drive-thru dinners was held at Jack’s Bar and Grill, 509 S. Main St., Templeton. Families received a dinner for four, including a bottle of wine, for $100. Dinner for eight is $200. Families have to order in advance at the Tip-a-Cop website here.

Pick-up times are either 5-6 or 6-7. The pick-up location is Jack’s Bar and Grill, 509 South Main Street in Templeton.

There will be additional drive-thru dinners Tuesday in San Luis Obispo and Wednesday in Pismo Beach. Mo’s Smokehouse BBQ will provide the meals for those fundraisers.

Lindsay Campagna Franklin of Special Olympics said, “All the money raised at these events stays in San Luis Obispo County.”

The Tip-a-Cop Dinners were scheduled to be held in May but were postponed because of COVID-19. 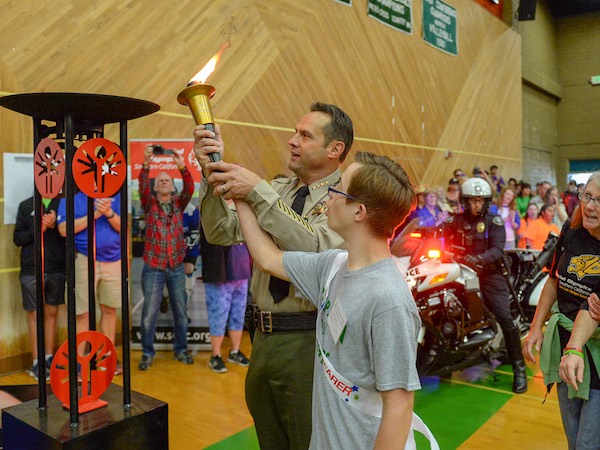