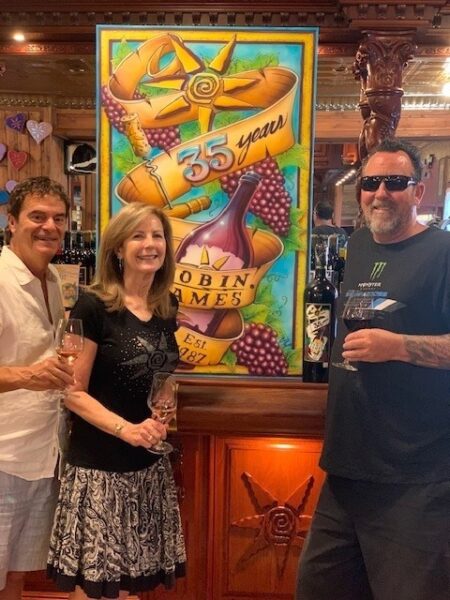 – “Then and Now” was the theme for Tobin James Cellars‘ 35th-anniversary celebration held last Saturday. Sticking to their theme, the winery commissioned and purchased an original painting by artist Craig Fraser. The 35th anniversary-themed painting was painted live at their event. Paso Robles’ own Spike Groom submitted the highest bid at the silent auction and came to pick up his painting at the tasting room.

The painting was auctioned at the event for two very worthy non-profit organizations: Honor Flight of Central Coast, and the Wounded Heroes Fund of Kern County.

Honor Flight provides group trips to Washington DC for WWII, Korean, and Vietnam war veterans, and Wounded Heroes Fund provides service and support for veterans of the War on Terror, so that they may transition into daily life, helping with whatever physical, mental, or housing needs they may have.