‘Tom Myers: Made in Paso’ debuting at film festival 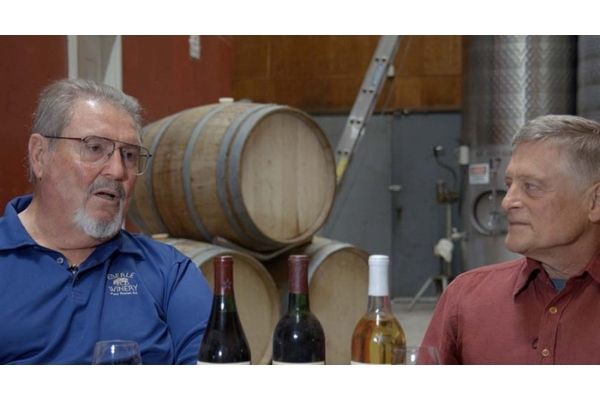 – The Wine History Project of San Luis Obispo County has announced the premiere of its second of many upcoming documentary films, Tom Myers: Made in Paso. The film documents over four decades of the winemaker’s career, his commitment to the craft, contributions to the region’s wine industry, and the people he’s worked with. It will debut at the San Luis Obispo International Film Festival on April 27, 12 p.m., at the historic Palm Theater in San Luis Obispo. Winemaker Tom Myers will be present to engage with attendees, answer questions, and share his revered wines.

“I was compelled to showcase Tom Myers in our second documentary film for a host of reasons,” said Director of the Wine History Project of San Luis Obispo County Libbie Agran. “When I started the Wine History Project in 2015, I worked with over thirty winemakers and growers during a two-year period to determine and select the men and women who shaped the history of wine in San Luis Obispo County over the last 250 years. Tom Myers was constantly referenced by his peers as the man who knew more both intuitively and academically about winemaking.”

With a combination of education in plant sciences, viticulture and enology, Myers is recognized as an expert on the science of making wine in San Luis Obispo County. Fellow winemakers describe Myers as a problem solver who takes a scientific approach to crafting world-class wines. “Tom Myers is a winemaker’s winemaker,” said Director of Winemaking Steve Peck of J. Lohr Vineyards and Wines. Winemaker Gary Eberle said, “For years and years I’ve said the best winemaker in the region is Tom Myers.”

Myers believes in collaboration as a vital part of wine production in San Luis Obispo County. In his own words, “My passion is to make wines that consumers take note of, make them feel good, and add to life’s enjoyment.”

Tom Myers: Made in Paso will premiere at the SLO Film Festival on April 27, at 12 p.m., at the historic Palm Theater in downtown San Luis Obispo. General admission is $15, student/film society is $12 per ticket, seating is limited.

Tickets are available for advance purchase at slofilmfest.org/events/next-in-line-underdogs-tom-myers-made-in-paso.