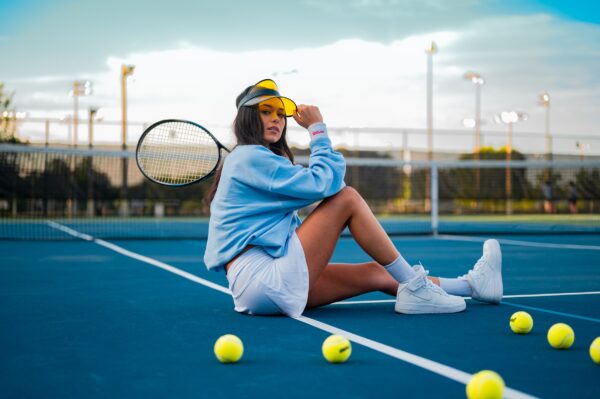 Over the years, women have constantly proven their talent and stamina in the sports field. The world of tennis is no exception, with several legendary female players proving their power, passion, and skill throughout the history of this sport.

We have compiled an exciting list of the top 5 best female tennis players the world has ever seen.  This way, we celebrate their courage of being living examples for future generations, amazing the public on podiums from all over the world.

Serena Williams is an American player who began her professional career in 1995. She currently holds 73 titles, including 23 Grand Slam singles ones. She has been ranked the Number 1 female tennis player by the Women’s Tennis Association for 319 weeks, including a stellar joint record of 186 consecutive weeks.

Williams’ playing style has become a personal trademark of the professional athlete. The tennis critics often described her as an aggressive baseliner, always focused on her strong groundstrokes. Williams’ best asset is her legendary serve, which is considered to be the greatest in the history of world tennis.

Now, Serena Williams is often said to be the best female tennis player of her generation, and even of all time. She is famous for always striving to step up her game and elevate herself above any other great female player, always practicing a high-risk playing style during the most important matches.

Steffi Graf is a former female tennis player of German nationality, who competed in international tournaments between 1982 and 1999. Before her retirement, she acquired 107 career titles under her belt, including 22 Grand Slam singles titles.

She achieved her greatest success in 1999 when she became the first tennis player to win all four major singles titles in Golden Slam. During the same year, she has also won the Olympic gold medal. She is the only player in all tennis history to have won each major at least 4 times.

All her achievements have consecrated her as one of the best tennis players the world has ever witnessed. In 2004, she received an honourably placement in the Hall of Fame.

She holds the record for the most consecutive years of earning at least one Major title. She has reached the semifinals in 52 of the overall 56 Grand Slams she played. Evert never lost in the first two rounds of a Grand Slam singles tournament.

Maria Yuryevna Sharapova is a former tennis player from Russia who competed on the WTA Tour from 2001 to 2020. She has been ranked the Number 1 player according to the Women’s Tennis Association for over 21 weeks.

She is also one of the richest former tennis players, as she has made herself a real worldwide brand through her marketing activity. If you want to find out more about the highest-grossing tennis figures, CasinoBonusCa offers an extensive well-researched list of the 35 richest players in the whole world.

Sharapova is the only Russian tennis player – and one of the only ten women – to achieve the career Grand Slam in 2012. During the same year, she also competed in the London Olympics, where she won the silver medal in women’s singles.

Margaret Court is a former Australian tennis player, ranked to be the Number 1 Tennis Player in 1962. She has achieved many firsts in the world of women’s tennis, winning 24 Grand Slam Singles titles, 19 Grand Slam double titles and 21 Grand Slam mixed double titles. Her 24 singles titles are the most in tennis history.

She has been acclaimed to be the first woman tennis player that incorporated fitness training and weights lifting into her workout routine. This offered her a strong advantage over her competitors and contributed to her stamina which made it possible for her to compete for a very long time.

After she retired as a tennis player, she dedicated her career path to preaching her Pentecostal faith to the world. In 1995, she founded a Pentecostal church under the name of Victory Life Centre in Perth. She has wholeheartedly embraced a life of sharing her view over the biblical doctrine with the world, launching her own television show – A life of Victory – which airs every Sunday.

By showing incredible strength and undeniable perseverance, the female tennis players we have included in our list have left an incredible mark in the history of world tennis. These remarkable ladies have been a true example of defying expectations by breaking numerous world records and bringing glory to their home countries.