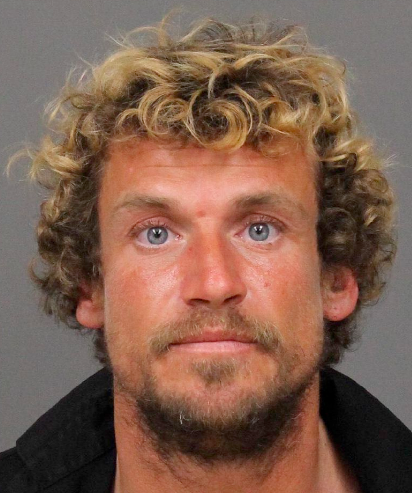 –On Tuesday, at approx. 9:40 p.m. officers from the San Luis Obispo Police Department responded to the report of a male threatening an employee at a store with a knife. The suspect was gone upon officer’s arrival at the scene. He was described as white male transient, wearing a brown trench coat and carrying an athletic bag.

On Wednesday, at 3:47 p.m., the victim saw the suspect in front of the store and called 911. The suspect, Dawayne Tuleya, was located several blocks away and positively identified by the victim. He was arrested for felony criminal threats and brandishing.

Tuleya is also facing felony vandalism charges for three different vehicles that he has vandalized with a knife over the last month. Damage to the cars is estimated to be over $5,000. He is currently being held at San Luis Obispo County Jail on $90,000 bail.