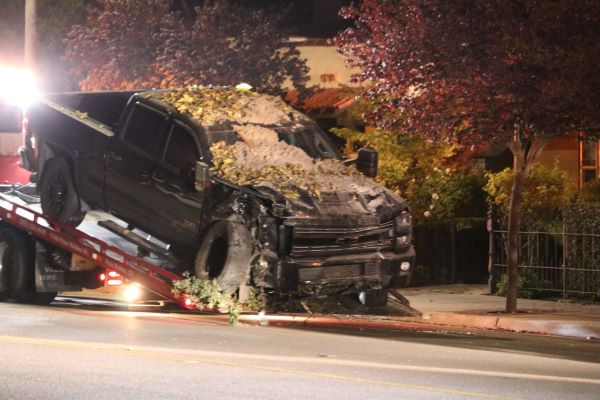 No injuries were reported and the cause does not appear to be DUI, police report

–Paso Robles Police and Emergency Services responded to a reported traffic collision in the area of 19th and Spring streets last night at around 7 p.m.

A driver reportedly swerved to miss another vehicle and drove into a structure which serves as an office for several businesses.

Battalion Chief Brian Lewis said the vehicle smashed into the building, damaging the front and compromising the integrity of the structure. Fire crews set up a table saw and cut 4’ x 6’ boards to shore up the house. Then, they boarded up the front with plywood. 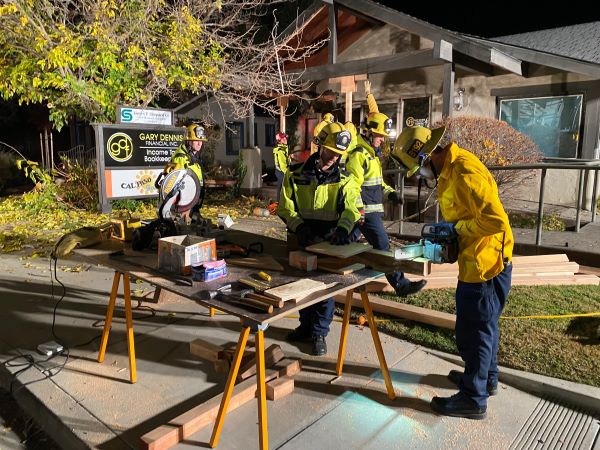 The accident involved only the single vehicle and the cause of the accident does not seem to be DUI related, according to police. 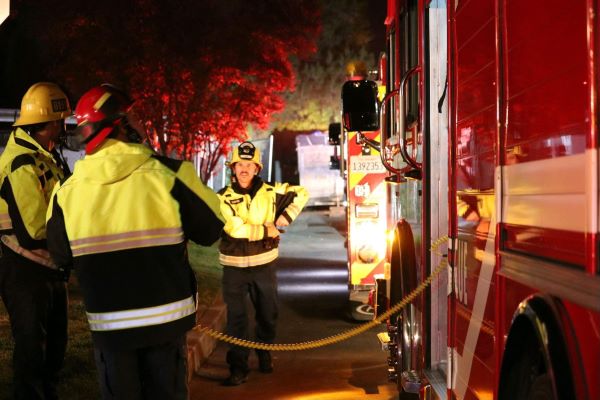