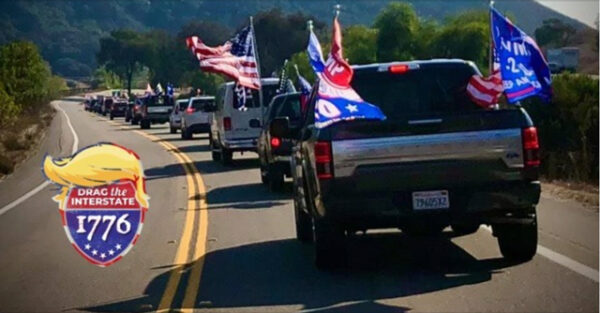 –Local supporters of President Donald Trump are planning a “MAGA Drag The Interstate” on the Central Coast on Sunday afternoon starting at 1 p.m.

The rally is part of a nationwide movement to support President Trump. Last weekend a similar rally was held throughout the Central Coast on Oct. 31. See video below. The rallies are groups of cars and trucks honking their horns and flying American flags and Trump 2020 flags.

The Associated Press and other national news organizations that track the Electoral College have called the election for former Vice President Joe Biden, though President Trump has not conceded the Nov. 3 presidential election,. 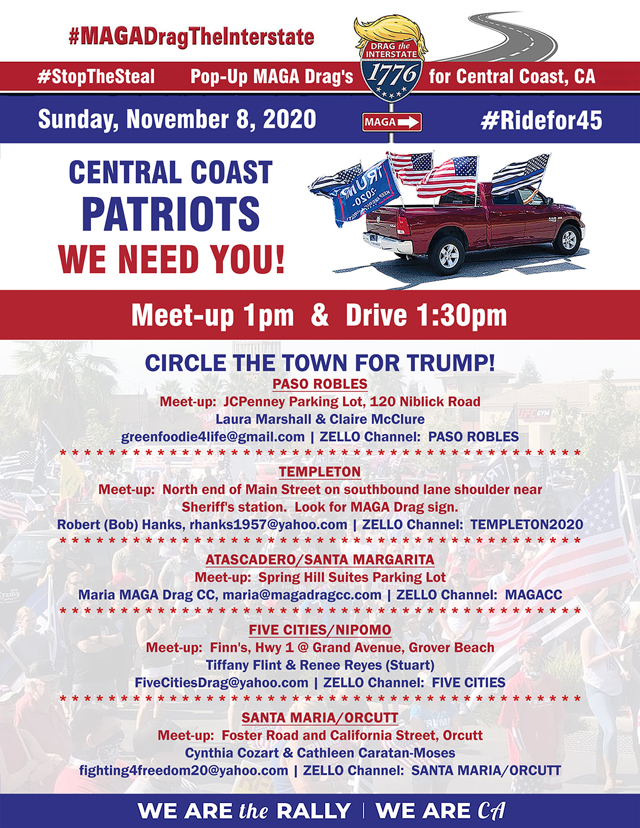