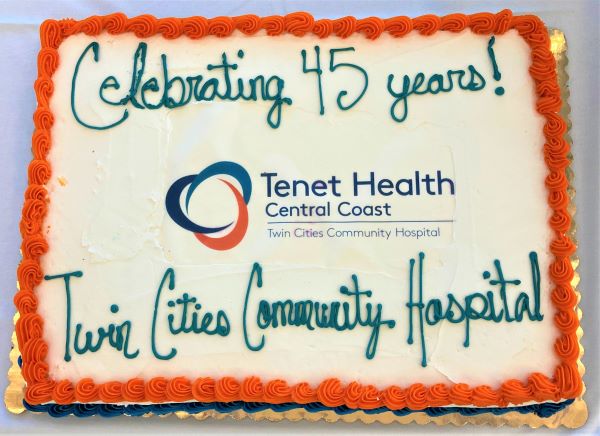 Hospital was founded in 1977

– Last week, staff and leadership at Twin Cities Community Hospital in Templeton held a quiet ceremony to mark the 45th anniversary of the hospital. The reverence was in respect for those working during the pandemic and those in the hospital who are healing and being cared for.

Founded in 1977 to consolidate the services previously provided by War Memorial Hospital in Paso Robles and the Atascadero City Hospital, Twin Cities (named for Paso Robles and Atascadero) took its place in Templeton between the two towns. Twin Cities is San Luis Obispo County’s busiest Emergency Department and the only hospital serving north San Luis Obispo County, ranging from the Cuesta Grade to Monterey County, including Cambria and San Simeon to the Carrizo Plain.

In their remarks to staff, hospital leaders thanked staff for their continued dedication to the community, adding that the anniversary is much more than marking the day when a building opened. Rather, it marks the place where part of the community works to take care of neighbors, families, friends, and all others who might be in need of care.