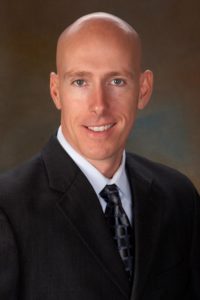 Effective Aug. 6, 2018, Gamba will assume responsibility for all nursing and designated patient care functions within Twin Cities Community Hospital. He will oversee and coordinate the nursing units and their daily operations. Gamba had previously been serving as the director of emergency services at Twin Cities on an interim basis.

“Will brings many years of experience to Twin Cities having served in numerous roles that involve nursing education, medical-surgical, acute care and emergency nursing leadership,” said Mark Lisa, CEO of Twin Cities Community Hospital. “We are excited to have him join our executive team. He has shown passion and dedication to providing the highest level quality of care to our patients.”

Prior to his role at Twin Cities, Gamba served as an interim nurse executive at B.E. Smith in New York, overseeing the ICU/CCU, PCU/Step Down and Interventional Radiology. He also served as Assistant CNO at Orlando Health in Ocoee, Florida, and the director of emergency services at Citrus Memorial Hospital in Inverness, Florida. Gamba was also the director of medical-surgical and oncology at St. Petersburg General Hospital in Florida.