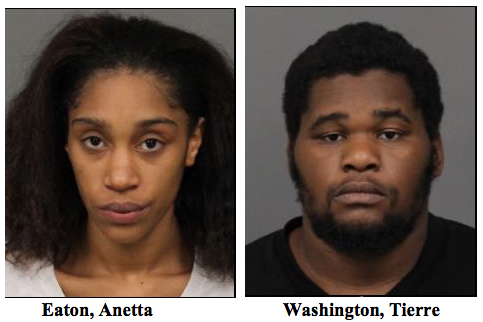 –The Atascadero Police Department has arrested to Sacramento residents after they say they worked as a team to enact a strong-arm robbery on a victim after soliciting prostitution in an Atascadero hotel room.

On Saturday, at approx. 1:08 p.m. officers from the Atascadero Police Department responded to the 1600 Block of Calle Joaquin for a strong-armed robbery that occurred in a hotel room.

If anyone has information regarding this crime, please contact the watch commander.

Both suspects were booked into San Luis Obispo County Jail and are being held on $30,000 bail.