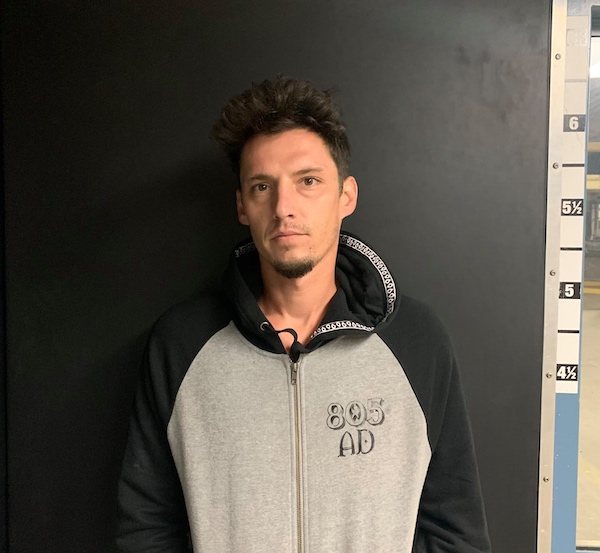 –The Paso Robles Police Department arrested two people throughout the course of the day on Tuesday for felony evading arrest, among other charges.

Yesterday was a busy one…

During nightshift, one of our officers attempted to stop a vehicle but the driver sped off. Hot on his heels, our officer chased, as the driver started chucking drugs out the window. The driver continued, straightenin’ the curves and flattenin’ the hills, until he thought better of his actions and stopped. The driver, Adam Fausel (31, Nipomo), was arrested for felony evading, drugs sales, destruction of evidence, and DUI.

During dayshift, another officer attempted a stop on Brandon Foster, but he too did not stop. Foster eventually pulled over on Branch after about 3 miles and he was arrested as well for misdemeanor evading. Foster’s passengers were also arrested for various drug charges.