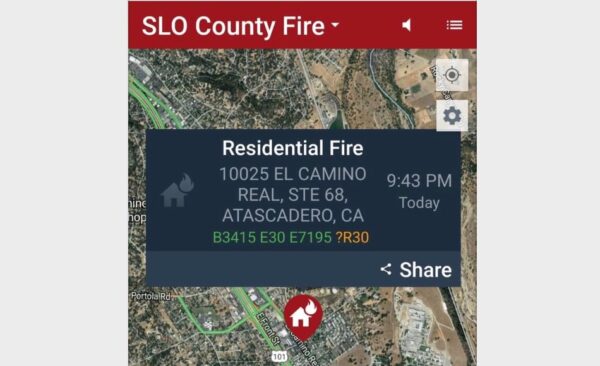 –Two cats were found dead by firefighters Friday night after a fire in a mobile home park on El Camino Real in Atascadero.

Crews reportedly arrived at the scene to find one of the interior bedrooms fully engulfed. There were no human occupants in the home when the fire broke out.

Six fire engines responded, along with one command vehicle. Reports say it took approximately 20 minutes to take down the fire after it started at around 9:45 p.m.

The cause of the fire is still under investigation. No further information is available at this time.