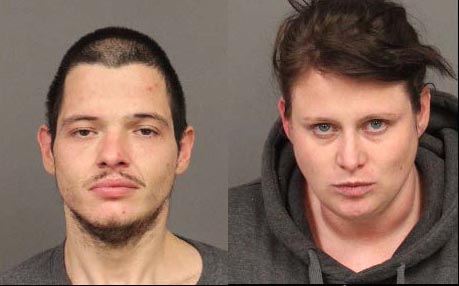 On Wednesday at approximately 3:40 a.m., a resident in the 900 block of St. Ann Drive was awoken by a car alarm and checked outside to see why the alarm had activated. This citizen saw a vehicle leaving the immediate area and promptly called the Paso Robles Police Department and provided a description of the vehicle along with a partial license plate. Patrol units quickly located the vehicle and initiated a traffic stop. As the vehicle pulled over, the passenger immediately fled the scene. The driver, 29-year-old Paso Robles resident Olivia Cook was contacted and ultimately arrested for several misdemeanor charges and a probation violation.

Patrol units in the area were able to locate the passenger, identified as 26-year-old Templeton resident Clyde Cody Roberts. Roberts was identified as the passenger who fled the vehicle and was subsequently arrested for several misdemeanor charges and a probation violation. Clyde Roberts and Olivia Cook were both transported and booked into the San Luis Obispo County Jail and charged with the following misdemeanor charges: