Paso Robles News|Friday, April 23, 2021
You are here: Home » Region » Two injured after being ejected from vehicle during rollover

Two injured after being ejected from vehicle during rollover 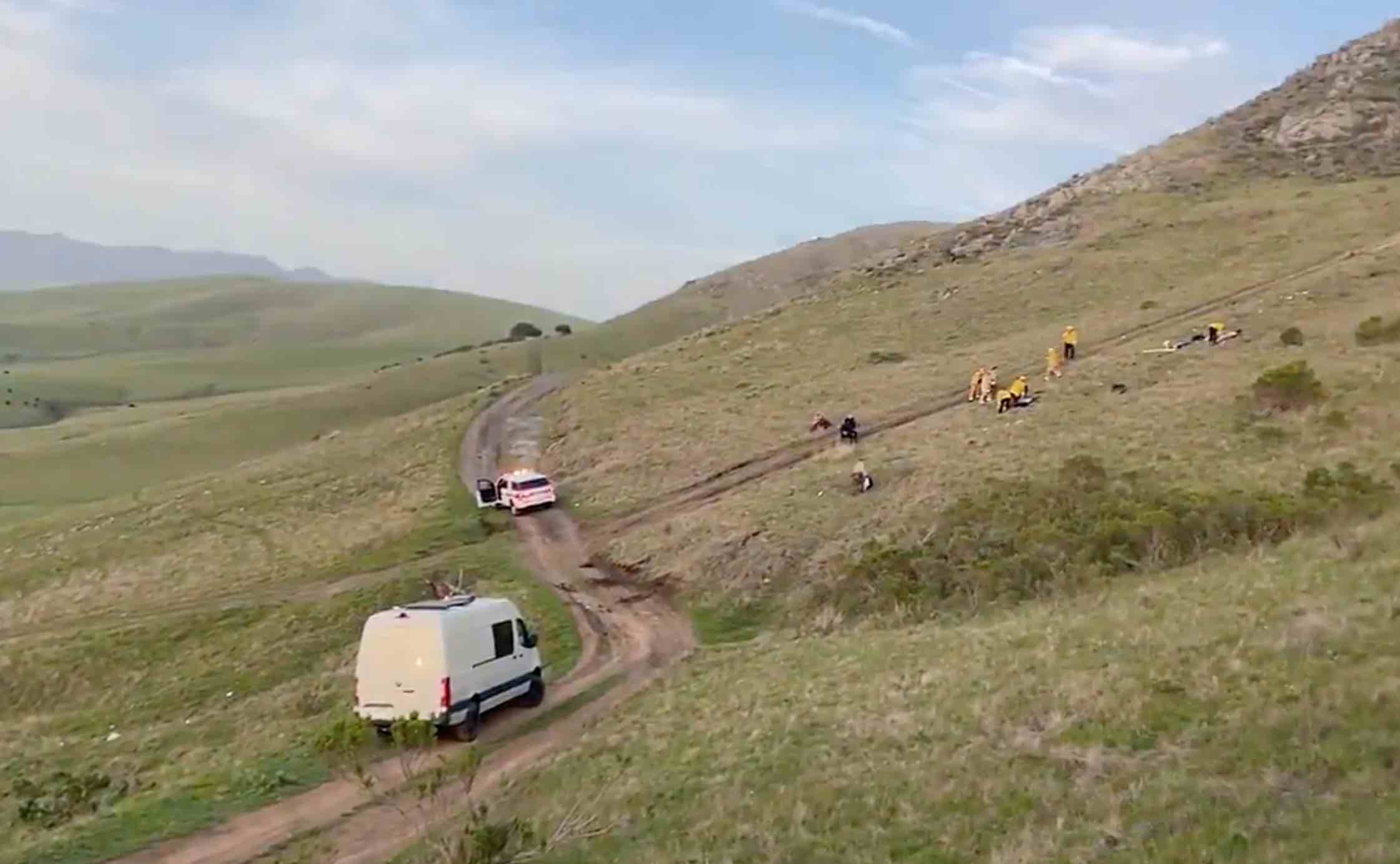 –Two people were ejected from a single vehicle during a rollover collision that occurred Monday. Both have moderate injuries, according to Cal Fire. Two helicopters were ordered due to the injuries and location. Reports say the accident occured off hang glider hill near the intersection of Chaney Avenue and Gilbert Avenue.

#ChaneyIC at scene. Two patients ejected from a single vehicle roll over. Both have moderate injuries. Two helicopters have been ordered due to the injuries and location. pic.twitter.com/kaRmGQBG38

One of the injured parties was transported to the hospital by helicopter, the other by ground ambulance, according to Cal Fire.

#ChaneyIC both patients have been transported to the hospital for their injuries. One by air and one by ground ambulance. pic.twitter.com/5AfctymV18