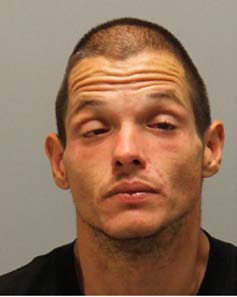 On Sunday officers responded to the 100 block of Niblick Rd. after receiving a report from a local gas station clerk of a suspicious subject possibly driving a stolen Mercedes Benz. Officers arrived on scene, located the 2010 Mercedes Benz, and confirmed it was in fact stolen from Palmdale, Calif. The driver, Michael Tidd, exited the vehicle and began walking away in an attempt to elude officers. However, Tidd was quickly taken into custody without further incident.

A search of the vehicle revealed stolen property from at least five different victims, spanning several different jurisdictions, including a Norwegian passport. One victim was the Paso Robles Kohl’s who reported the theft of just under $2,000 worth of merchandise the previous day.

While investigating this incident officers viewed surveillance video of the stolen Mercedes and positively identified an additional driver as Clyde Cody Roberts. Shortly thereafter, Roberts was located on the railroad tracks just south of 13th St. in Paso Robles. Roberts was placed under arrest for being under the influence of a controlled substance. Roberts was in possession of stolen property from two additional victims in southern California as well as credit cards and an international driver’s license belonging to the owner of the Norwegian passport. Further investigation revealed Roberts was driving the stolen Mercedes and was directly involved in the Kohl’s theft. 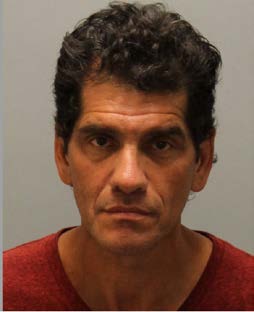 The estimated value of the recovered stolen property, including the vehicle, is $35,000. Both Tidd and Roberts were booked at county jail on the following charges:

• Clyde Cody Roberts of Templeton – Stolen vehicle, possession of stolen property, being under the influence of a controlled substance.