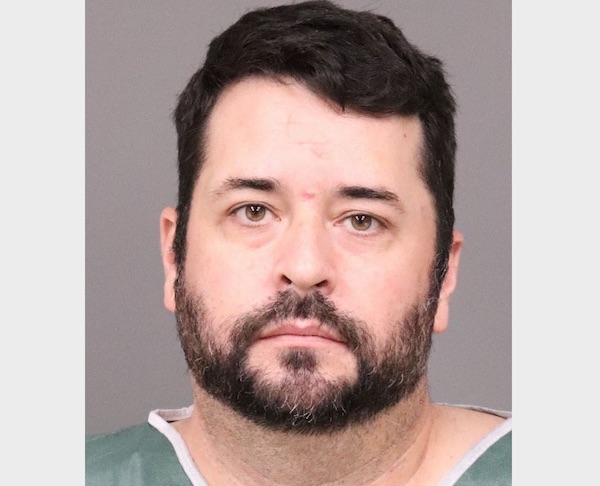 –The San Luis Obispo County Sheriff’s Office is releasing the identity of the suspect involved in an assault with a deadly weapon incident that occurred on April 1 in the 4900 block of Buck Tail Lane in Heritage Ranch.

The suspect is identified as 39-year-old Romen Homero DeLeon of Las Vegas. Sheriff’s Deputies responded to a call where DeLeon is suspected of getting into a fight and stabbing 14-year-old and 17-year-old male juveniles, both of whom were his relatives.

DeLeon, who had also been stabbed during the fight, had fled the area in a car, which was later stopped by deputies. He was taken to a local hospital for his injuries. None of the injuries sustained by the two victims and DeLeon were life-threatening. DeLeon was released from the hospital and arrested for attempted murder as well as assault with a deadly weapon other than a firearm and willful cruelty to a child with possible injury or death.

Suspect also stabbed, injuries do not appear to be life-threatening, police say

–On April 1 at approximately 7:30 p.m., San Luis Obispo County Sheriff’s Office deputies responded to a call regarding an assault with a deadly weapon in the 4900 block of Buck Tail Lane in Heritage Ranch.

When deputies arrived they found two male juveniles, a 14-year-old and a 17-year-old, who had been stabbed. The two teenagers said they had been stabbed by a man who is a relative of both juveniles after getting into a fight.

The suspect in this case, who had also been stabbed during the fight, had fled the area in a car.

Not long afterward, deputies spotted the car and made a felony traffic stop near the intersection of 24th Street and Riverside Avenue in Paso Robles. The suspect in this case was detained and then transported to local hospital for the treatment of his injuries.

None of the injuries sustained by the two victims and suspect are believed to be life-threatening, according to police.

The suspect has been identified but has not yet been charged pending his release from the hospital.