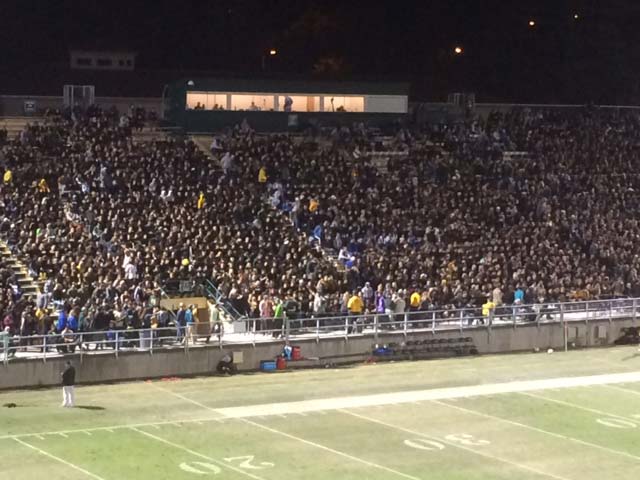 When the teams played a week ago in Santa Barbara more than 16,000 people turned out. That set a new record for attendance at a regular season college soccer game.

Sunday afternoon at Cal Poly most of those in attendance wore black. The “black-out” demonstrated support for the Cal Poly team.

In Goleta, the Mustangs jumped out to an early 2-0 lead, but the Gauchos tied the game. It ended in a 2-2 draw. The Mustangs need to beat UC Davis Wednesday to secure a berth in the conference tournament.