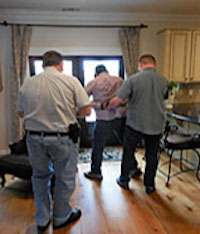 One of 14 suspects caught during CSLB undercover sting operation in Paso Robles.

– A recent undercover sting in Paso Robles caught 14 suspected illegal contractors, and one of them was allegedly carrying methamphetamine and heroin.

The Contractors State License Board (CSLB) carried out the operation with help from the San Luis Obispo County District Attorney’s Office and the Paso Robles Police Department.

The sting took place on June 11-12, 2019, in a single-family home south of Highway 46. CSLB investigators posed as homeowners looking for help with home improvement projects. Bids ranged from $660 for painting work to $3,500 to install air-conditioning equipment. That’s above the $500 limit (materials and labor) when a state license becomes necessary.

All fourteen suspects caught in the sting could now face a misdemeanor criminal charge of contracting without a license. First-conviction penalties include up to six months in jail and/or up to $5,000 in fines. 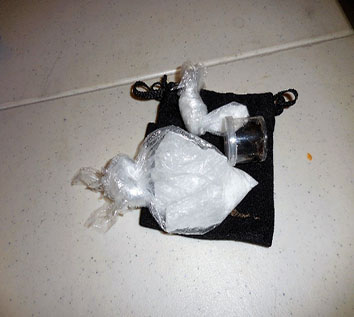 Paso Robles Police confirm one suspect caught at sting was in possession of methamphetamine and heroin.

One suspect was carrying an estimated 40 grams of methamphetamine and a small amount of heroin when he arrived at the sting location. Paso Robles Police cited the man with misdemeanors for those violations. He was also given contracting citations for illegal advertising, contracting without a license, excessive down payment, and failing to secure workers’ compensation.

Six other suspects may also be charged with asking for an excessive down payment. The legal limit for a down payment is 10-percent of the contract price or $1,000, whichever is less. 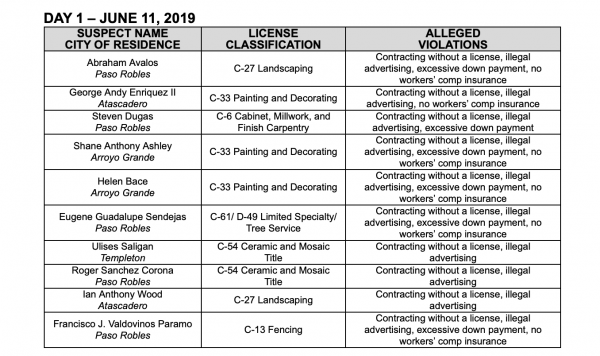 “Consumers who invite unlicensed workers into their homes take unnecessary financial and personal risks,” said CSLB Registrar David Fogt. “It is one reason we encourage homeowners to make sure the person they hire is licensed.”

Consumers can verify a contractor’s license by running an “Instant License Check” on CSLB’s website. They can also get a list of licensed contractors in their area by using the “Find My Licensed Contractor” feature to search by city or ZIP code.

The Contractors State License Board notes that all suspects are presumed innocent until their case is resolved.