On March 26, 2021, a San Luis Obispo County jury found Alarcon-Nunez guilty of 13 felonies, including assault with the intent to commit rape during a residential burglary, four counts of burglary of an occupied residence, one count of rape by force, two counts of rape of an intoxicated individual, one count of oral copulation of an intoxicated individual, one count of assault with intent to commit rape and one count of grand theft. The crimes were committed between July 2017 and January 2018 and involved the victimization of five women, four of whom were local college students.

Three of the five courageous survivors provided powerful statements to the court describing the impact these crimes have had on their lives. One 19-year-old survivor explained that she used to live in “the happiest place in America,” until being victimized in her own home. She noted that this conviction and sentence provide a “chance for justice.” Another survivor applauded the support of her family and others in helping her heal, concluding that she is “a good person with a bright future,” who refuses to let the defendant’s cowardly actions control her life. One final survivor credited her family and counselor with providing support and a degree of comfort in knowing that she is not alone.

“We acknowledge the courage of these five survivors in providing the testimony and evidence necessary to achieve justice,” said District Attorney Dan Dow. “Their voices were heard loud and clear by this jury. The defendant’s predatory actions decisively illustrate that he is not safe to be out in the community, and with his imprisonment, he will be unable to victimize anyone again.”

–District Attorney Dan Dow announced this week that a San Luis Obispo County jury has found Santa Maria resident Alfonso Alarcon-Nunez, 42, guilty of thirteen felony counts, including three counts of assault with the intent to commit rape during a residential burglary, four counts of burglary of an occupied residence, one count of rape by force, two counts of rape of an intoxicated individual, one count of oral copulation of an intoxicated individual, one count of assault with intent to commit rape and one count of grand theft. The conduct involved five separate victims and took place between July 2017 and January 2018.

Alarcon-Nunez perpetrated his series of sexual assaults while working as an Uber driver in the San Luis Obispo and Santa Barbara County areas, where he victimized individuals using the transport services upon taking them home.

“The five victims in this case were brave and courageous in providing the evidence and testimony necessary to achieve justice,” said District Attorney Dan Dow. “These predatory crimes were committed against particularly vulnerable victims who placed their trust in the defendant to get them home safely when they were not in a condition to drive a vehicle. Finally, we are grateful for the jury who served and listened to the startling evidence during this time of pandemic.”

The jury reached their verdict after nearly two weeks of testimony and one-half day of deliberation. Sentencing is scheduled for April 26, 2021 at 8:30 a.m. in Department 5 of the San Luis Obispo County Superior Court, the Honorable Craig van Rooyen presiding. Mr. Alarcon-Nunez faces a maximum sentence of life in state prison for his convictions.

Uber driver charged with counts of rape pleads not guilty

–Defendant Alfonso Alarcon-Nunez appeared for his arraignment, entering not-guilty pleas for all charges. He waived time served and remains in custody at San Luis Obispo County Jail with bail set at $1,470,000.

Editor’s note: Alfonso Alarcon-Nunez is an undocumented resident of the United States. He was properly registered with Uber as a driver. 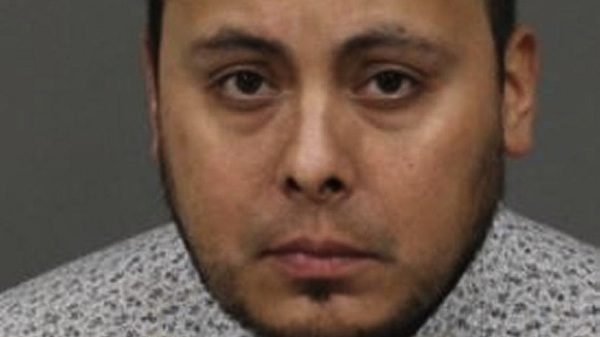 Reports say Alarconnunez targeted intoxicated women, gave them rides home and escorted them inside, where he then sexually assaulted them. Alarconnunez also stole property from the victims, including jewelry, cellphones and computers, reports say.

The San Luis Obispo County District Attorney Dan Dow is seeking the public’s help in finding additional witnesses and possible victims. No further details are available at this time.