Paso Robles News|Thursday, May 6, 2021
You are here: Home » State » US Census: State to lose a US congressional seat, population nears 40-million

US Census: State to lose a US congressional seat, population nears 40-million 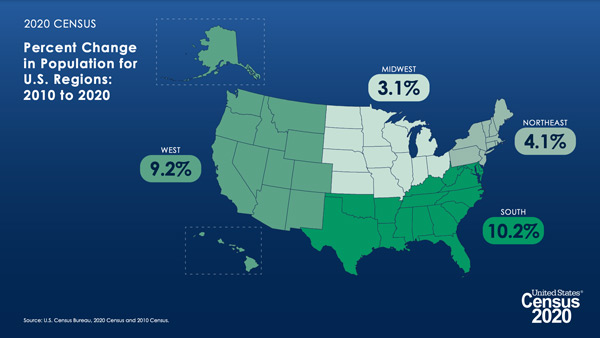 –Today, the U.S. Census Bureau released congressional apportionment and population counts for every state, including California. Population totals from the 2020 Census determine how many seats each state gets in Congress.

The population of California has increased by 6.1% to 39,538,223 over the last 10 years, this slower growth rate will result in the loss of one congressional seat in the U.S. House of Representatives for the state, going down from 53 to 52 seats. The first time the state has ever lost a seat.

The results are the first to be released from the 2020 Census. The Census Bureau also reported that:

The Census Bureau will provide states with the local population counts needed for redistricting by September 30, 2021. This is when states redraw or “redistrict” their congressional and other legislative boundaries.