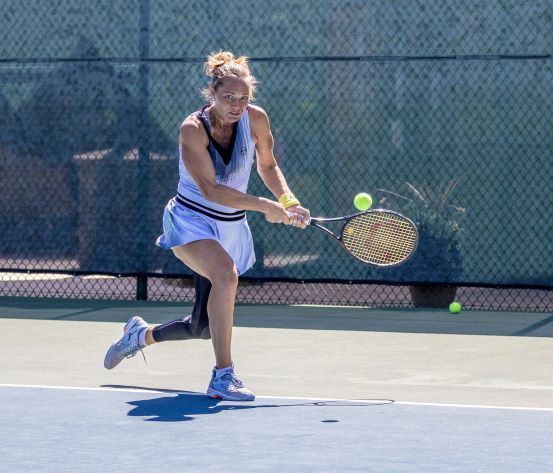 – One of the world’s best teenage tennis players made an impressive EPIC Central Coast Tennis Classic debut on Wednesday as recent US Open Junior Girls’ winner Alex Eala took advantage of her USTA wild card and opened with a 6-0, 6-0 win over Israeli qualifier Shavit Kimchi.

Eala, 17, was just one of three players on Wednesday who took advantage of USTA wild cards as former Duke star Maria Mateas advanced, as did wild card Victoria Duval, both moving on with three-set wins. Duval, who served as a volunteer assistant coach at the University of Florida last year, came back to down the 2018 EPIC Central Coast Tennis Classic singles and doubles champion Asia Muhammad in the evening’s featured match, 4-6, 6-2, 6-3.

The first Filipino tennis player to ever win a junior Grand Slam singles title, Eala will next face Kawa Katarzyna of Poland, the No. 7 seed, in a Round of 16 match on Thursday on Court 1 not before 12 noon at the USTA Women’s $60,000 Pro Circuit Tournament, part of the ITF World Tour.

Qualifier Kateryna Bondarenko, age 36, and a mother of two girls, continued her strong run advancing on with a three-set upset over former UCLA product and No. 6 seed Robin Anderson, 6-1, 1-6, 6-2. On Thursday, the former Australian Open doubles champion Bondarenko will take on Elvina Kalieva of the U.S., in a match that will start off the day at 11 a.m. In other 11 a.m. matches, top-seeded Madison Brengle meets qualifier and Pepperdine player Janice Tjen and unseeded Sophie Chang will play wild card Maria Mateas.