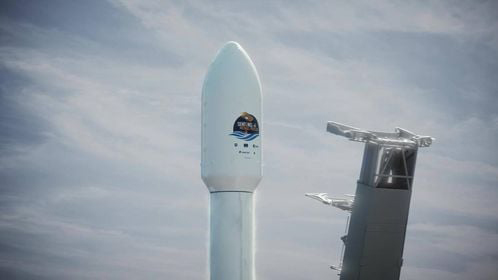 –Vandenberg Airforce Base and SpaceX are scheduled to launch the Sentinel-6 Michael Freilich satellite this Saturday at 9:17 a.m. from the base. The Sentinel-6 is the first of two identical satellites to head into Earth’s orbit five years apart to continue sea level observations for at least the next decade.

Upon the re-entry of the vehicle, spectators and local residents from San Luis Obispo, Santa Barbara, and Ventura counties can anticipate hearing multiple sonic booms, as the vehicle breaks the sound barrier.

A sonic boom is a sound associated with the shock waves from an aircraft or launch vehicle traveling faster than the speed of sound. Sonic booms generate a sound similar to an explosion or a clap of thunder. The sonic boom experienced will depend on weather conditions and other factors.

The Sentinel-6 Michael Freilich satellite will head into orbit on a SpaceX Falcon 9 rocket from Space Launch Complex 4E at Vandenberg. The launch is managed by NASA’s Launch Services Program, based at the agency’s Kennedy Space Center in Florida. NASA’s Jet Propulsion Laboratory manages the agency’s contribution to the mission.

Sentinel-6 Michael Freilich, the latest in a series of spacecraft designed to monitor the Earth’s oceans. It is tasked with extending the nearly 30-year-long record of global sea surface height measurements, NASA reports. Instruments aboard the satellites will also provide atmospheric data that will improve weather forecasts, climate models, and hurricane tracking, according to NASA.

Due to COVID-19 restrictions, the normal public viewing area near Vandenberg will not be open to the public.