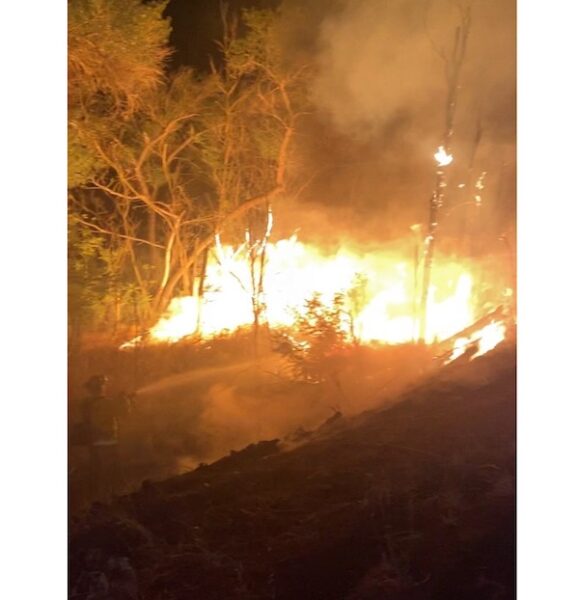 Cause of the fire was determined to be human-related

–At approximately 9:30 p.m. on Tuesday night, Paso Robles Fire and Emergency Services were dispatched to a vegetation fire in the area of Highway 101 and Highway 46 East within the Salinas River.

Fire engines arrived at the scene within approximately four minutes and found a 1⁄4 acre fire burning in thick brush and trees. Firefighters were able to contain the fire within 15 minutes and worked to fully extinguish the fire over the next hour. Due to thick smoke, one lane of northbound Highway 101 was shut by CHP for approximately 1 hour for firefighter and public safety. 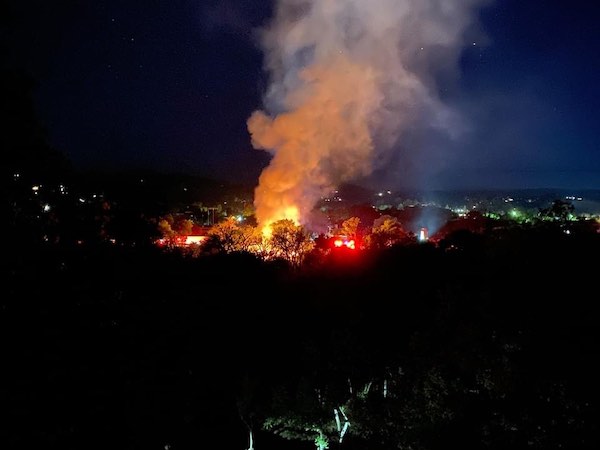