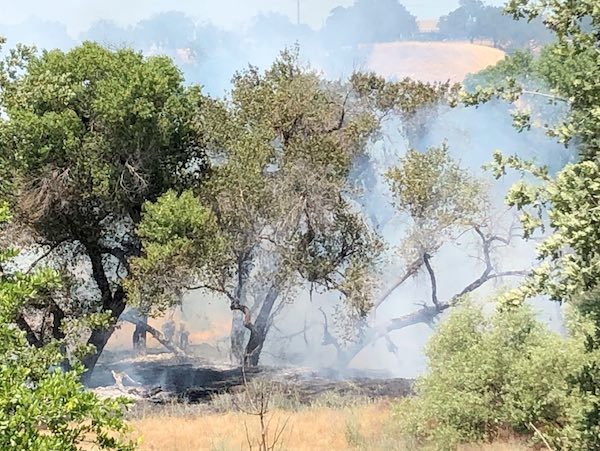 –At approximately 1:47 on Tuesday, Paso Robles Fire and Emergency Services were dispatched to the area of HWY 46E and Sulfur Springs Rd. for a vegetation fire.

The first fire engine arrived at the scene within approximately four minutes. The initial crew reported a quarter acre of grass burning in the riverbed and moving at a moderate rate of spread into trees and brush.

Two fire engines, one squad and one Battalion Chief from Paso Robles responded. Under the city’s automatic and mutual aid agreements, one additional engine and one hand crew from CAL FIRE/SLO County immediately responded. A total of 24 firefighters were required to bring the situation under control. Additional assistance was provided by the Paso Robles Police Department.

The fire was contained at approximately 2:15. The cause of the fire is still under investigation.