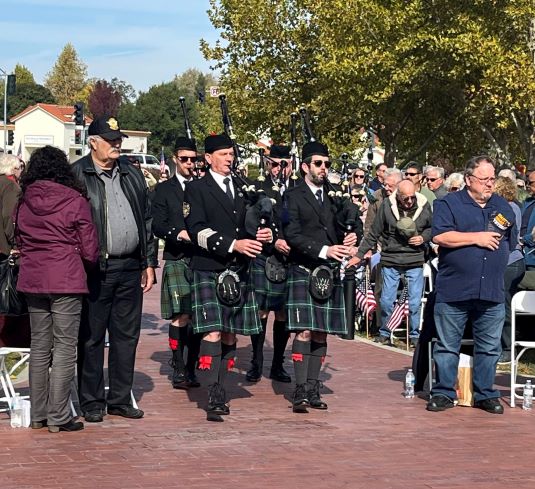 About 500 people attended annual ceremony at Faces of Freedom Memorial

– A crisp autumn day greeted about 500 people who attended a Veteran’s Day ceremony at the Faces of Freedom Memorial in Atascadero Friday.

A “Freedom Flight” kicked off the event at 11 a.m. Three aircraft from the Estrella Warbirds flew over the memorial in Atascadero. The Central Coast Pipes and Drums escorted a Color Guard provided by Cal Poly’s ROTC program. 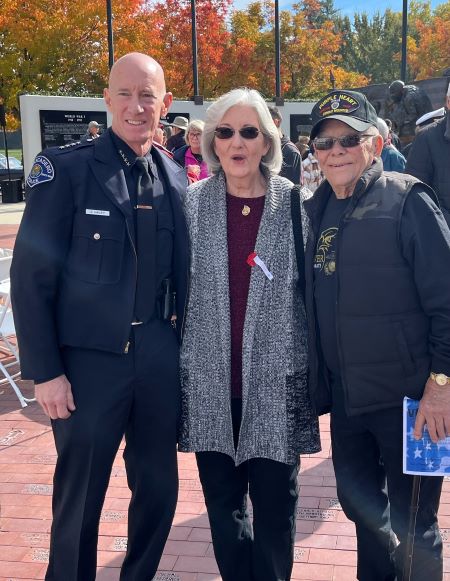 Veterans stood as Andy Morris played “The Armed Forces Medley.” As the song for their branch of service was played, Veterans were recognized by the crowd. This year, Morris included the new anthem for the U.S. Space Force. However, no Space Force personnel or veterans attended the event.

Chief Warrant Officer 2 Rod Dykhouse spoke about his experiences as a helicopter pilot in Vietnam. He shared how he left college to become a pilot, and then volunteered to serve in Vietnam. He flew over 1000 combat hours in the conflict. He described rescuing by helicopter some Army rangers from a hostile area in a remote jungle. 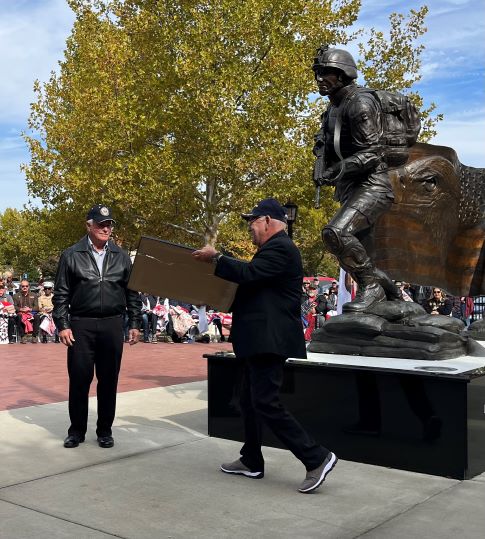 Marine Corporal Tim Haley presented John Couch with an award as Distinguished Veteran of the Year. Couch served as a helicopter door gunner in Vietnam. After his release from the Army, he became a police officer and later served as Atascadero Police Chief. 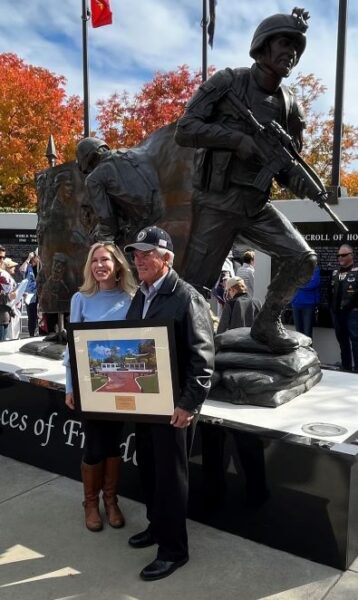 John Couch with his daughter.

US Air Force Veteran Michael Lasley and his wife Heather Lasely presented a memorial wreath and laid it on the memorial. Both are members of VFW Auxiliary 2814.

After the event, Kiwanis provided a barbecue for those who attended. Thanks to a SLO County Community Project Grant initiated by Supervisor Debbie Arnold, 100 veterans received a free lunch.

Later that evening, the Atascadero Elks Lodge held a veterans recognition dinner. About 200 people attended the dinner including veterans, their families, Elks, and members of the community. 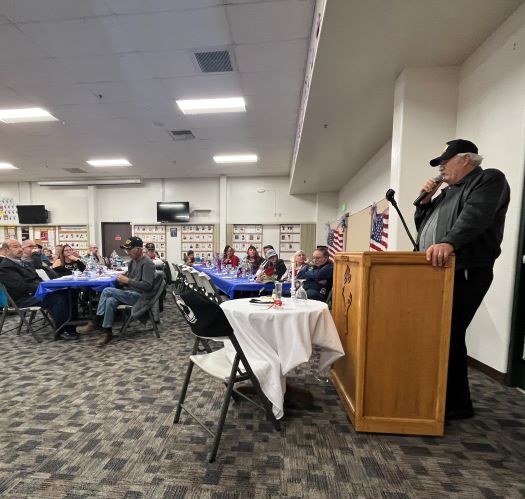 Three members of the Morro Bay Coast Guard served as Color Guard. Later, the men described their experiences in that branch of the service. One petty officer described rescuing a shrimp boat in 30-foot waves near the mouth of the Columbia River in Oregon. Another shared his experiences intercepting drug runners off the coast of Colombia. He also served in the Black Sea, training Ukrainian sailors immediately before the invasion of Ukraine by the Russians.

Cynthia Picket-Mitchell and Jasmine Pickett performed the national anthem. The mother and daughter’s harmonies filled the room without a microphone. Jasmine Pickett previously competed in the long jump and triple jump at Cal Poly. In 2010, Jasmine was the Big West Conference champion in the triple jump. 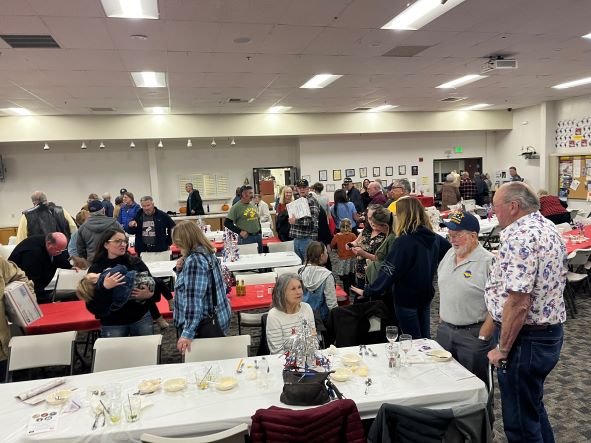 After dinner provided by the Elks Lodge, Rod Dykhouse of Estrella Warbirds spoke to the group about his experiences flying 1000 combat hours in Vietnam. He talked about a harrowing experience flying into a dangerous combat zone during which a guardian angel spoke to him and protected his safety.

After Dykhouse spoke, Veterans in attendance each shared their experiences in the Armed Forces. They identified the branch in which they served, and what they did in the military.

Then Cynthia Pickett-Mitchell and Jasmine Pickett led the group in “Gold Bless America.”

The Annual Recognition Dinner ended with a Benediction by Nick Miller, and some kind words by Marple.