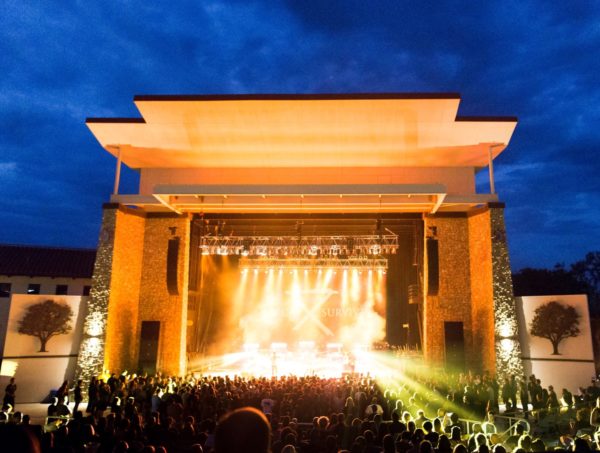 Concert venue nominated the second year in a row

“We are honored to be recognized by the industry and thrilled to share this nomination with our partners Nederlander Concerts,” said Paul Leatherman, General Manager for the Vina Robles Amphitheatre. “I am fortunate to have such a hard-working team that works tirelessly each season to bring the best live entertainment experience to the fans, artists and our community.”

“This is a true honor for the Vina Robles Amphitheatre to be nominated again for such a prestigious award,” said Alex Hodges, CEO of Nederlander Concerts. “In just five seasons, Vina Robles Amphitheatre has made its mark on the Central Coast and grown the music scene in an underserved market. We look forward to many more successful seasons at this beautiful venue.”

Nestled on an oak-dotted hillside in the heart of wine country, Vina Robles Amphitheatre is a premier 3,300-seat outdoor venue. Several notable artists such as Bryan Adams, Earth, Wind and Fire, Lee Brice, The Gipsy Kings, Lindsey Buckingham and Christine McVie, Gloria Trevi Vs. Alejandra Guzman and The Shins performed during the 2017 season. The venue boasted multiple sell-out performances, including Trevor Noah, host of the Emmy and Peabody Award-winning “The Daily Show” on Comedy Central, Rock and Roll Hall of Fame inductees Chicago, thrash metal pioneers Slayer, with Lamb of God and Behemoth and rock legends REO Speedwagon with STYX and special guest Don Felder. On August 3, the venue celebrated its 100th show with Mexican acoustic rock-maestros Rodrigo y Gabriela.

2018 is already shaping up to be another stellar season with announced shows including Ian Anderson Presents – Jethro Tull – 50th Anniversary Tour on June 3 and comic legend Jay Leno on June 15.