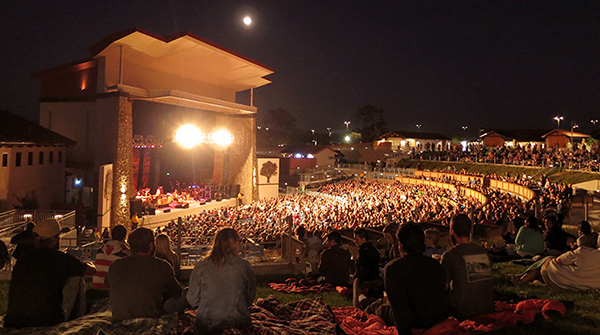 –The Vina Robles Amphitheatre in Paso Robles, under exclusive contract to Nederlander Concerts, has been nominated for the first time as North America’s “Best Small Outdoor Venue of the Year” by Pollstar Magazine.

“This is a huge honor for us and Nederlander Concerts to be recognized by industry peers and we are proud of our teams,” said Paul Leatherman, general manager for the Vina Robles Amphitheatre. “2016 marks a record-breaking season for the venue and we are thrilled to be nominated.”

“What this venue has accomplished in just four years is truly remarkable,” said Alex Hodges, CEO of Nederlander Concerts. “Vina Robles Amphitheatre has changed central California’s live music scene like no other. From load in to load out, the Vina Robles Amphitheatre offers a first-class experience. The partnership we have cultivated is incredible; and the resulting consecutive years of growth is awesome. We look forward to even greater growth and many more successful years.”

Vina Robles Amphitheatre celebrates a record breaking 2016 season with over $3.5 million in gross ticket sales, 60,000+ attendees and 30 live events. Ticket sales increased by 33% from 2015 and the venue hosted 76 hours of live entertainment.

Vina Robles Amphitheatre provides high quality, live entertainment experiences for California’s Central Coast and Central Valley communities in Paso Robles. This well-appointed 3,300-seat outdoor venue, nestled on an oak-dotted hillside in the heart of wine country, offers an intimate concert setting with modern amenities and first class hospitality. Featuring events that appeal to all segments of the population, Vina Robles Entertainment supports the arts and entertainment programming in the area. The venue is adjacent to Vina Robles Vineyards & Winery which produces crafts wines that represent a bridge between the Old and New worlds, capturing the finesse associated with European wines while celebrating the bold flavors of their estate vineyards in Paso Robles. Here, they unite the best of both experiences by bringing their Swiss heritage to California’s Central Coast. Visit VinaRoblesAmphitheatre for more information.