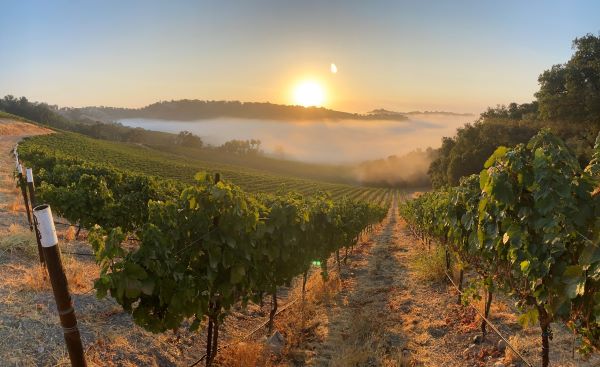 –  Vina Robles Vineyards and Winery and the Nef family have announced the appointment of wine industry veteran Kurt Ammann as CEO of the family-owned winery.

“Vina Robles has a long history in the Paso Robles community, and I am humbled to have been selected to lead the 100-percent estate vineyard and winery operation into the next 25 years,” said Ammann. “It’s both an honor and exciting to be a part of a team that is completely committed to sustainability and socially responsible business practices. I’m looking forward to continuing the upward trajectory of Vina Robles as a nationally and internationally recognized benchmark in Paso Robles.”

Ammann joined the Vina Robles team in February this year, bringing with him a history in the California wine and agriculture industry. A Californian native with roots in the San Francisco Bay area and Agri-Business and MBA degrees from CSU Cal Poly, Ammann has deep knowledge of the California premium wine industry.

In 2003, he began his wine career managing Stag’s Leap Wine Cellars tasting room, where he worked his way up to managing their Direct-to-Consumer business. He relocated to the Central Coast with his wife and newly born twins to head Dierberg & Star Lane Winery’s Direct-to-Consumer programs and later became the winery general manager. Ammann later served as the general manager of Melville Vineyards and Winery, expanding the brand’s national sales profile while directing winery operations. According to Ammann, the decision to move to Paso Robles and join the executive team at Vina Robles was a natural progression in his career.

“I think it’s hard to argue that there is a more exciting AVA in California currently than Paso Robles. The local wine community is comprised of talented folks who share their passion for this world-renown wine region,” he says. “Paso Robles is the whole package, offering wine, food, beer, music, stunning outdoor views, and last but not least, maybe the best weather in all of California.”

Vina Robles is known for producing a full spectrum of wines from everyday bottles to collectible, single-vineyard Cabernet Sauvignons. Ammann believes Vina Robles wines are distinct in that they combine incredible value on the dollar while simultaneously expressing their range of terroir.

“Over 25 years of farming in Paso Robles, the team has honed in on the specific sites on each of our vineyards that let the magic of ‘place’ shine through,” says Ammann. “Being 100-percent estate, we are able to control the entire process from planting to the final product in your glass, resulting in wines of superior quality and consistency while keeping the prices very reasonable.”