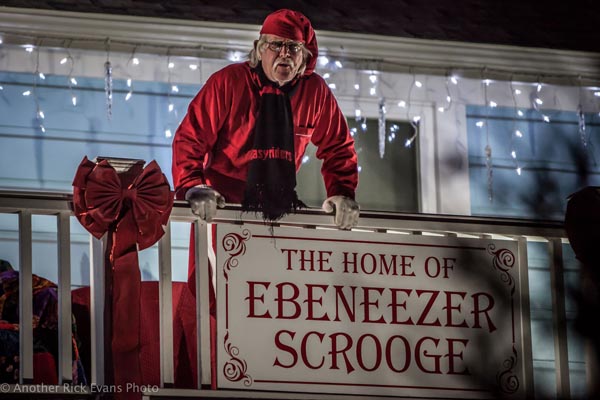 The Grinch, bands, Scrooge, and the Snow King & Queen, and Santa Claus were all special guests. Photo by Rick Evans.

Among the organizations with booths on Vine Street were carolers from Paso Robles Main Street Association, a snow slide set up by Highlands Church, cider and cookies from Paso Robles Church of Nazarene, hot cider from Christian Life Center, caroling by the Central Coast Choir, Christmas music by Jeremy Perney, cotton candy from Optometric Care Associates, and more. 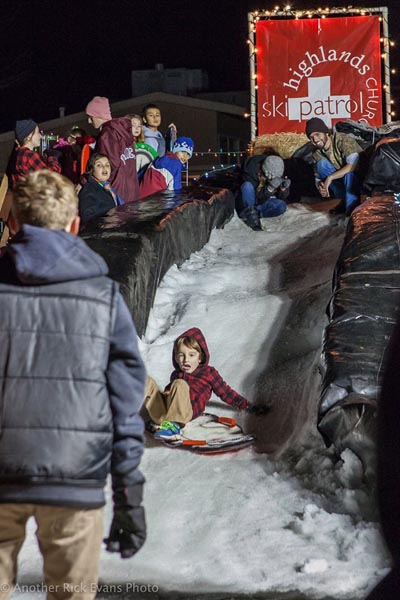 Returning once again this year was the WHAR Wolf Rescue, responsible for the beautiful Wolf-Dog hybrids that have made an appearance at Vine Street for the past several years. This year, however, the WHAR Wolf Rescue was without their beloved companions, but made an appearance nonetheless to help raise awareness and accept donations to help rescue wolves, full-blooded and hybrid.

Also returning to the Vine Street was Zoo to You, who had a small setup featuring a horned owl, camel, and hedgehog. The local nonprofit’s mission is to provide “wild encounters that inspire people to protect our wild planet.” The organization looks to give a worldwide voice to wildlife. It provides a permanent, loving home for displaces, abused, abandoned and permanently injured wild and exotic animals and shares the animal ambassadors with people of all ages to educate them about conservation and their connection to the “wild world.” 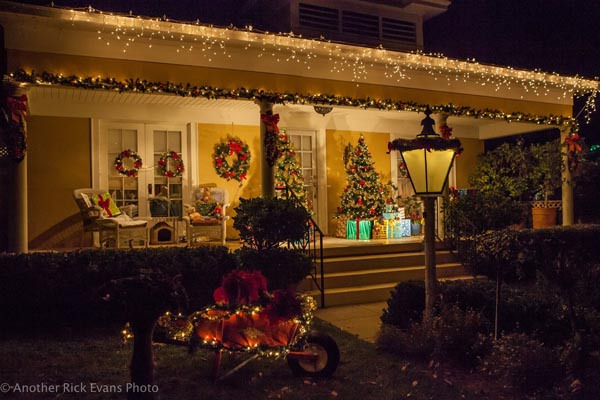 Within the 13-block area all of the homes, offices and schools were beautifully decorated and lit. Photo by Rick Evans.

“It’s a wonderful event in such a beautiful community,” says Grace Pucci of the Paso Robles Downtown Main Street Association, “In most places, you wouldn’t be able to do something like this, as large as this, but with a community as nice and involved as we have here in Paso Robles, it’s made possible and it all just results in a wonderful, wonderful evening, and now here we are in our 29th year!”