“I started it in conjunction with the PRWCA (Paso Robles Wine Country Alliance), as a partner so we could have a good reach out to a lot of the growers out there,” Yeager said. “Basically, the purpose of the group is to bring in researchers from around the state – mainly from our universities. Bring them in and have them give us presentations on their current research.” 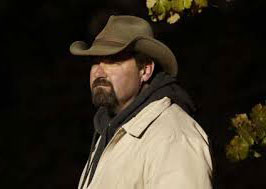 He said guests speak on any kind of advancement in viticulture, as a sort of continuing education for locals vintners.

Yeager, Miller and Heinzen are all from Napa, now living and working in the Paso Robles area, and had been members of the Napa Valley Technical Group. Yeager said the Paso Robles group is a carbon copy of the one in Napa, which was started in 1940.

“I liked the format there and we didn’t have anything like that here, so I reached out to people here to see what the best course would be to get something started,” Yeager said.

The group meets on the second Tuesday of the month at 11 a.m. at Hampton Inn, 212 Alexa Court in Paso Robles, though Yeager said that there are some departures from the usual time. He said the goal is to have the meeting last no longer than an hour and a half, to give attendees information and education, but not have it take up half a day.

“The good thing about them is they’re short. You can get in, you can get out. It doesn’t take up half of your day. And it’s an opportunity to get the growers together. It’s a nice way to exchange ideas,” Yeager said. “The Paso Robles Vineyard Technical Group is all about raising awareness of all recent advances in viticulture knowledge.” He added that the group in Napa has been “extremely successful.” For Tuesday’s meeting, there were more than 30 people in attendance.

The speakers are paid for by Paso Robles Wine Country Alliance. Members may attend for free as part of their membership. It’s free for members and $25 for non-members.

“I just think it’s a nice way to bring a little education to the area and just advance the viticulture knowledge of the region,” Yeager said.

In January, the group will meet on Wednesday, Jan. 13 at J. Lohr Winery. This meeting will last half a day. Yeager said the time has not been set, but will likely be from 10 a.m. to 4 p.m. and will include a lunch break. The January meeting will feature a talk by Dr. Richard Smart, a viticulture consultant from Australia, followed by an in-field demonstration by Dr. Doug Gubler, professor of plant pathology at University of California Davis.

The group is looking for people to serve on an organizing committee. To learn more or to volunteer, contact Yeager at (805) 226-4894 or jyeager@ninerwine.com.