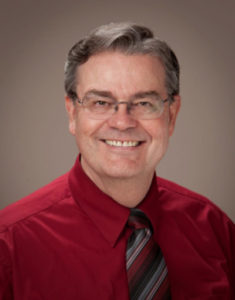 Paso Robles Mayor Steve Martin is the founder of Voice of Paso.

“We’re branching out,” said station founder and Paso Robles Mayor Steve Martin. “In addition to local sports, information and interviews we are finding fascinating program sources from outside our area. Recently we aired an exclusive interview with famed astrophysicist Neil deGrasse Tyson. Now we have added a feature spotlighting the founders of the H.P. Lovecraft Historical Society in Glendale, CA.”

H.P. Lovecraft is an early 20th Century author of horror fiction best know for his Cthulhu mythos. He wrote his own unique style of cosmic weird fiction in the 1920s and ’30s. First published in the pulp magazines of the day, his tales have inspired generations of writers and creative artists and helped shape pop culture. Blending gothic traditions with science fiction, Lovecraft’s imagination created a world within our world, one haunted by ancient gods, incipient madness, alien races, lost cultures, forbidden books and mad scientists. While he died in obscurity, his work is more popular today than ever.

The feature will air during in a weekend time slot on the Voice of Paso (www.VoiceOfPaso.com) according to Martin. It can also be heard as a podcast on the station’s website.

For more information about Voice of Paso, email feedback@voiceofpaso.com.