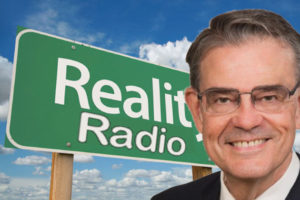 –The Voice of Paso (VOP) will present its 100th live local broadcast this Wednesday beginning at 6 p.m. at the Paso Pizza Kitchen, 1467 Creston Road, Paso Robles. VOP, the local Internet station for Paso Robles, began live broadcasts with the 2017 football season for the Paso Robles High School Bearcats. Since then sports coverage has been expanded to include local basketball, soccer, wrestling, volleyball and wrestling competitions. VOP also broadcast the 2017 Pioneer Day Parade, the Downtown Christmas Parade, Vine Street Showcase and other local events.

“Our 100th live local broadcast remote will be the Bearcat Locker Room show,” said station owner/operator Steve Martin. “Jim Wiemann and the broadcast crew will be there to report on local sports and interview coaches, students and local folks who attend to see what this is all about.”

“Internet radio really didn’t come into its own until it became available on portable devices,” said Martin. “Originally, you had to sit by your desktop computer to hear it. Today, however, with tablets and smart phones and Bluetooth connections in automobiles you can take Internet radio wherever you go. You can click on the player at voiceofpaso.com using your computer or tablet or smart phone.

If own a newer model car you probably have Bluetooth built in. If so, pair your car system with your smart phone and the audio will flow through your car speakers. No Bluetooth in your car? No problem. You can purchase a very inexpensive little device that will pair with your smart phone and then broadcast the audio to your car’s FM radio. Or, you can download an app to hear the VOP. Try TuneIn or Live365.”