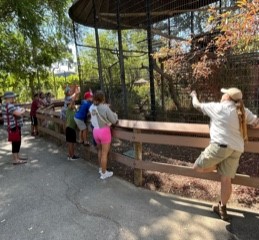 – Vulture Awareness Day at the Charles Paddock Zoo in Atascadero on Saturday educated and entertained dozens of children and adults.

Zoo Educator Sylvia Braun produced an education booth that included vulture feathers, a vulture skull, and other vulture-related items. Braun and staff also set up a Vulture Vomit Toss, where kids and adults threw green slime at pictures of vulture predators. The green slime represented vulture vomit. Vultures use vomit as a defense mechanism. The vomit toss booth also taught people about predators and threats to vultures, like snakes, jaguars, and environmental pressures. 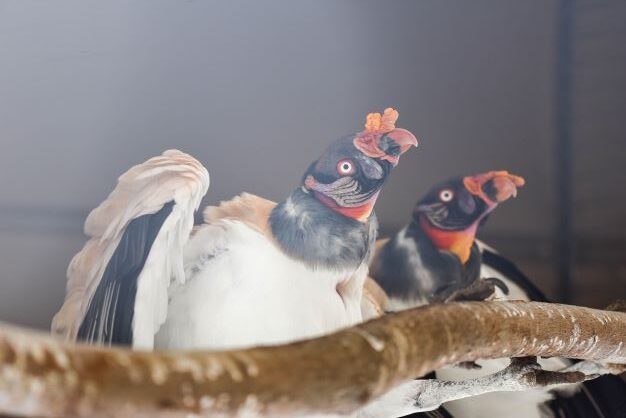 The Charles Paddock Zoo has a female King Vulture from South America named Lois. While Lois ate a dead rat, Zookeeper Crystal Crimchin talked about vultures and answered questions about Lois and her species. Usually, King Vultures only live 20-30 years, however, Lois is about 47-50 years old. She and her late partner recently produced a chick. They became the oldest pair of King Vultures in captivity to produce offspring. Unfortunately, Lois’ partner recently died. 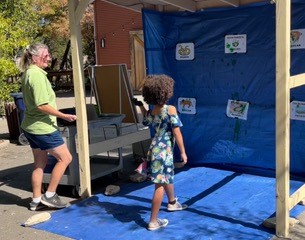 Zoo staff set up a Vulture Vomit Toss, where kids and adults threw green slime at pictures of vulture predators.

King Vultures are related to Turkey Vultures that we see on the Central Coast, but they are more colorful. King Vultures have white wings and bright red coloring on their heads. Crystal says Lois is friendly when she feeds her or cleans up her home. If Lois doesn’t like what Crystal is doing in her pen, she vomits or poops on her.

Saturday was Vulture Awareness Day. In two weeks, the zoo will conduct a Red Panda Day.