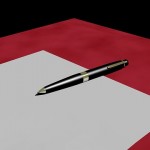 This document will examine the organization of the board of directors in the Paso Robles Basin Water District proposed by Assembly Bill (AB2453) and suggest a minor change which will do much to equalize the power of the factions most affected by operation of the District. As the day-to-day operations of this proposed district would be directed by this board, it is essential that these directors be selected in a democratic manner which best represents the interests of all stakeholders in the Basin.

(AB2453 defines, for the District, a nine-member board of directors comprised as follows: six seats would be held by landowners divided into three acreage classes dependent upon the amount of acreage owned in the District. The remaining three directors would be elected at-large from the pool of eligible voters in the District.)

AB 2453 can be looked upon as a work-in-progress which ultimately may truly and democratically equalize the powers of the competing factions in the Paso Robles Basin Water District. However, in it’s current form, the proposed law does, through the election of six directors based solely on acreage, favor the larger landowners while, at the same time, provide only a minor voice to the general voting population. As AB2453 is currently working it’s way through the leglisature, ample opportunity is available to tailor the selection of directors into something more realistically favorable to all those who will be directly affected by day to day operations of the District. This fine-tuning of the law can take place up to the time of final negotiations between the California Senate and the Assembly.

We observe that the three populations most directly affected by the organization of the District are:

1. Large acreages in the two categories of a.) 400 acres or more and b.) forty to 400 acres. These landowners, particularly of irrigated land, obviously have an vested economic interest in administration of the District and are understandably likely to bear the lion’s share of any start-up and operational costs.

2. Rural residents residing on parcels of less than forty acres. Parcels in this category constitute 86 percent of those in the Basin and vastly outnumber the parcels in the other two larger acreage categories. Assuming this same relationship between acreage and number of owners holds true for this under 40-acre category, those persons holding one or two acres, will greatly outnumber the individuals who possess twenty acres or more(i). Thus, these numerous domestic residents with limited landholdings of less than, say five acres are essentially “caught in the middle” with virtually no representation since the owner of 40 acres can effectively nullify the votes of 40 persons owning only one acre.

3. The general population of registered non-landowner voters who generally have no direct economic stake in the basin but who, as water users, can nonetheless provide some balance in the water district governance.

A fourth category which may or may not come into play are the Ultra-large landowners of more than 5000 and up to 30,000 acres. According to most accounts, these properties consist mostly of non-irrigated rangeland with, in some cases, small acreages dedicated to vineyards or forage crops. As this class of properties will obtain no obvious benefit from the District, they may move to be excluded from the District so they do not have to pay even minimum fees. Alternatively, only a few of these major players could easily, by virtue of sheer acreage, dominate the over 400 acre class of voter.

So the need is for a solution which will work within the framework of AB2453 and, with minor modification, put the each of the three populations above – large irrigated acreages, domestic well owners, and non-landowners — on a more equal footing than the current acreage-based scheme. One mechanism would be to modify the voting for the two directors in the under 40-acre class from one vote per acre to one vote per property owner. This would give a distinct voice to the strictly domestic rural residents, who through their sheer numbers, deserve to have effective representation on the Board of Directors.

Competition and compromise are at the heart of our democracy, and this simple modification to AB2453 would prevent any single class from establishing a majority position in the district board without some support from either of the other two classes and truly “Level the Playing Field”.

(i)To promote more intelligent and accurate discussion, the database which lists the parcel numbers of landholdings within the subject Basin, along with associated acreages, should be placed in the public domain, and be administered and maintained by the office of the San Luis Obispo County Assessor/Tax Collector.